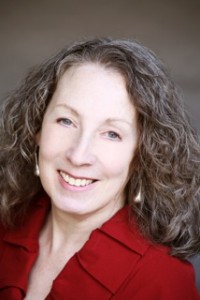 The NYC Elder Abuse Center welcomes Lisa Nerenberg, MSW, MPH, consultant in elder justice to local, state, and national organizations. Ms. Nerenberg chairs the California Elder Justice Coalition and is an instructor at City College of San Francisco. She has authored numerous articles, chapters, and publications about elder abuse, including Elder Abuse Prevention: Emerging Trends and Promising Strategies (Springer, 2008), which describes what agencies, communities, tribes, states, and national organizations can do to prevent abuse, treat its effects, and ensure justice.

Here Ms. Nerenberg provides an overview of the complexities surrounding undue influence. She highlights the research that she and her colleagues conducted to understand undue influence, presents a framework for understanding it and persuasively presents the need for further exploration of this important topic.

When undue influence was first proposed as a factor in elder abuse, it struck a chord with many service providers who’d been seeing it for years. They may not have had a term for it or instruments to measure it, but like the proverbial definition of pornography, they knew it when they saw it.

And they saw it often: when opportunistic family members, new acquaintances or suitors, or cunning cons persuaded the lonesome, isolated, impaired, ill, or grieving to surrender assets, homes, or life savings. They used various devices–trust documents, powers of attorney, wills, quickie marriages or adoptions, or solicitations for sweepstakes or bogus charities–but the results were the same: getting vulnerable people to do things they wouldn’t have done otherwise. But whereas tricking people with diminished cognitive capacity is widely accepted as improper and relatively (by comparison) easy to recognize and prove, undue influence is more complex. Victims seem to understand what they’re doing. Some defend their abusers even as they reject their loved ones. Those who try to expose perpetrators or undo the damage are often cast as the villains.

Preventing or undoing undue influence is tricky business. The very prospect of outlawing persuasion or protecting people from being wooed is offensive to many. After all, in our consumer culture, we’re used to being lured and won over. We romanticize risk taking, gambling on long shots, or taking leaps of faith. Those of us who work in the field of protective services are trained to actively defend clients’ rights to associate with whomever they please and do what they want with what’s rightfully theirs even when their choices seem risky or downright foolish. We defend their “right to folly.” That’s what makes defining undue influence for practical or legal purposes so difficult.

A few years ago, I worked on a project with the San Francisco Court Superior Court, under the direction of guardianship expert Mary Joy Quinn, to explore the role of undue influence in guardianships (called conservatorships in California). To begin, we combed the psychology literature on unfair persuasion, identifying such far-flung examples as captors inducing prisoners of war to denounce their countries and turn on fellow prisoners; to cults’ techniques for recruiting and maintaining members; to domestic batterers who convince their victims that they’re to blame for their own battering; to professionals or spiritual advisors who exploit the trust of clients or followers; to con artists and white collar criminals.

Our work built upon that of Margaret Singer, a psychologist who spent much of her career studying mind control. Singer described how “artful persuaders” fostered dependency, undermined victims’ confidence in their own judgment, and convinced them that others couldn’t be trusted, a manipulations she referred to as creating a “siege mentality.” I had the fortune to interview Singer in 1996 for nexus, a publication I wrote for the National Committee for the Prevention of Elder Abuse. For excerpts, click here.

We also looked at the legal literature to identify how courts had defined undue influence in will contests, disputes over contracts, and other contexts. Among the most fruitful was the 1966 case of Odorizzi v Bloomfield School District in which an elementary schoolteacher tried to get his job back after being unfairly persuaded to resign. Odorizzi was arrested and jailed for homosexual activity. By the time he was released, he’d gone 40 hours without sleep, at which point the principal and superintendent of his school came to his apartment and told him that if he didn’t resign immediately, the District would dismiss him and publicize what had happened. Odorizzi claimed that the resignation was invalid because it was obtained through duress, fraud, mistake, and undue influence. After discounting the claims of duress, fraud, and mistake, a California appeals court found that undue influence applied and went on to define its characteristics, which included discussion and consummation of transactions at unusual or inappropriate times or places, insistent demand that business be finished at once, an emphasis on the consequences of delay, the use of multiple persuaders; and the absence of third-party advisers.

We also interviewed court investigators, public guardians, APS workers, and elderlaw attorneys to better understand their perceptions of undue influence in cases they handled. Our explorations culminated in the development of a rubric that focuses on 4 criteria for undue influence:

1) Victims’ vulnerability, which may result from illness, disability, injury, age, education, impaired cognitive function, emotional distress, isolation, or dependency;
2) Factors accounting for influencers’ power, which include being in positions of trust, confidence, control, legal authority, or status. Example include fiduciaries, caregivers, advisors, family members, health or legal professionals, and spiritual leaders;
3) Unfair tactics or actions that rise to the threshold of “undue” such as isolating victims; fostering false beliefs or perceptions; depriving them of information, basic necessities, sleep, or affection; and the use of intimidation or coercion;
4) Outcomes, consequences, transactions, or exchanges that diverge from accepted standards, including vastly overpriced services or sales, gifts that are incommensurate with the length and nature of relationships, actions on the part of elders that diverge significantly from previously expressed wishes, or actions by professionals that violate legal or ethical standards of conduct. 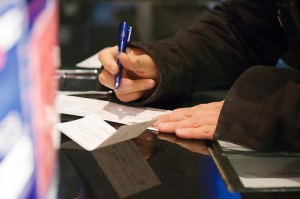 Clearly these factors have to be viewed in relation to one another. When victims’ vulnerability is high, its easier to unduly influence them. On the other hand, Dr. Singer contended that anyone could be unduly influenced if the influencer was powerful enough, an assertion that seems to be supported by the examples of prisoners of war, cult inductees, and others whose vulnerability was apparently induced by the acts of persuasion themselves.

Further exploration is clearly needed, and we encourage researchers to flesh out the ingredients of undue influence and the interrelations among them. Even more challenging perhaps is translating undue influence into law. Although undue influence has been added to the definition of financial abuse in California’s civil code (although the current definition uses language that has been described as “arcane, ambiguous, excessively narrow, and inconsistent with contemporary psychological principles”), efforts to add comparable language to the criminal code have been unsuccessful. The contexts in which undue influence applies has also been the subject of debate in our state.

In the many years I’ve worked in elder abuse prevention, I’ve heard many heart-wrenching stories. But none have touched me as deeply as those in which people play upon trust and vulnerability for selfish ends. As the elderly population grows, it’s imperative that we come to terms with this slippery, obtuse, and insidious form of abuse.

To view the SF Court study, click here. For more on undue influence, visit my website at http://lisanerenberg.com.

Ms. Nerenberg is a consultant in elder justice to local, state, and national organizations. She chairs the California Elder Justice Coalition, is an instructor at City College of San Francisco and has authored numerous articles, chapters, and publications about elder abuse. Ms.Nerenberg can be reached at lisa.nerenberg@sbcglobal.net.

One Response to Undue Influence: An Insidious Form of Elder Abuse