When a Nurse and a Social Worker Collaborate for Elder Justice, Good Things Happen

When a Nurse and a Social Worker Collaborate for Elder Justice, Good Things Happen 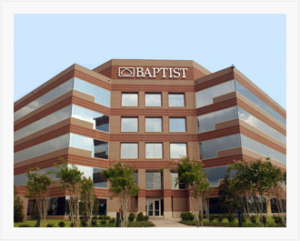 The most effective teams, whether in sports, business, or elder justice, comprise people with a complementary set of skills. From that perspective, Ferrell Moore and Laura Brown are a dream team, combining their distinct personalities and talents to create a methodology for training healthcare personnel to detect, treat, and hopefully prevent elder abuse. Both will be honored for their work by receiving the Georgia Anetzberger Award during the Second University of Southern California Judith D. Tamkin International Symposium on Elder Abuse in the spring of 2018.

The pair works at the Baptist Memorial Hospital in Memphis, Tenn., Moore as a Clinical Resource Nurse and Brown as a Licensed Master Social Worker. Early 2014, Moore was asked if she would work on an elder abuse project, figuring at most she would be responsible for making a poster presentation. Moore says, after reviewing the hospital’s grant proposal for the Plough Foundation:

“I quickly realized I’d said yes to a very needed and very huge undertaking. From the first meeting of our Coordinated Response to Elder Abuse (CREA) group, I knew I’d been placed on a path of purpose greater than myself.”

Although familiar with abuse cases, Moore hadn’t imagined that elder abuse was so “rampant” in her community and that people were, as she puts it, “getting away with it.” She quickly focused on creating a program that would respond to the growing epidemic, and realized that while the first response to abuse was typically medical in nature, social workers performed the bulk of the ensuing work. And, she recounts, when that became clear, the one person she wanted on her team was Brown, a social worker in the hospital’s Emergency Department (ED). Although Brown had been assigned to the ED for just a short time, she had quickly earned a reputation as a passionate advocate who got things done. While the ED didn’t want to give Brown up, Moore refused to work on the grant without her.

Like Moore, Brown also initially imagined the project would require only a small commitment, before realizing, she says, “how intensive the work would be and how significant an impact” they could make.  And though neither woman was fully aware just how well-matched their partnership would be, their interlocking skills soon became evident.

Says Brown: “Ferrell is calm and collected, and I am often not either of those things.”

Adds Moore: “Laura is the more outspoken, go-getter type, and I’m more about doing research, on the computer, planning. Laura can work the crowd, but can get a little rambunctious – her passion and drive are inspirational — whereas I’ve learned how to deal with the corporate politics and finesse a situation to get the desired results.”

“As different as we are,” agrees Brown, “we have a lot in common. We are both single moms, both passionate about advocating for people that cannot advocate for themselves. Neither of us commit to work unless we plan to do it well and with conviction. Ferrell has taught me how to focus my energy in a professional way. She has taught me that there is often more power in silence or a calm response than there is in a loud and fast reaction.”

Thus, this duo of neatly complementary differences and similarities attacked the task at hand. With consulting help from Laura Mosqueda, MD, Director of the National Center on Elder Abuse, they collaborated on creating a training curriculum based on best practices in the areas of forensics, law, medicine, risk management, and law enforcement.

Their initial curriculum, which after feedback was winnowed down from six hours to three hours, was pilot-tested on the hundred members of the hospital’s emergency department – doctors, nurses, paramedics, social workers, and ancillary staff. The plan is for it to be available for implementation in hospital systems. Exactly how and when it will be distributed is still being determined by the organizations that funded the CREA project. Individuals can contact Moore and Brown if they are interested in receiving progress updates and/or learning more about potential implementation in their hospital system.

The response to the curriculum has been overwhelmingly positive. Both Moore and Brown were surprised by the magnitude of the need – and the desire – for such training. They have seen an increase in awareness and knowledge in identifying and intervening in elder abuse. The curriculum has been assessed using extensive evaluation instruments, and the preliminary results have been promising. An overwhelming majority of the medical professionals at Baptist Memorial reported that the curriculum was engaging and resulted in “a significant increase in knowledge” regarding elder abuse identification, response, and referral. Implementation has also led to changes in policy and procedures, making the process more conducive to the identification of elder abuse.  A proposal has also been floated for a multidisciplinary team in the Emergency Department where the curriculum was piloted.

Moore and Brown were invited to present their curriculum at the June 2016 meeting convened by The John A. Hartford Foundation in Texas of the “Seen in Hospital, Safe at Home” project. This project is aimed at translating rigorous research results on elder mistreatment into a coherent, practical model of care that will transform real-world practice at scale.  The conference led Moore to consider next steps. She says, “That meeting helped me understand how beneficial it would be to have a dedicated multidisciplinary team or lead within the hospital’s ED. As a Clinical Resource Nurse, I’m in a great position to make this happen, and I’m researching it now. After successfully implementing our curriculum throughout our hospital, I plan to draft a proposal to my management team, so that we can continue slowly branching out to the community.”

The immediate goal for both Moore and Brown is to continue to teach professionals how to intervene and advocate for elder abuse victims.  Long term, they are considering teaming up to do consulting and certifying in Project Management.

Observes Brown: “If there is anything I have learned, it’s that elder abuse is preventable. If we recognize signs early on, we can provide resources and make appropriate intervention to keep older adults safe, protected from their abusers, and living with dignity.”

Moore adds: “The most rewarding aspect is seeing an older adult who has entered our system in a horrible, life-altering situation receive the love, attention, action, compassion, and resources needed to turn that situation around and begin a new life or better life.”

Laura Brown, LMSW is currently working with the Coordinated Response to Elder Abuse (CREA) to educate professionals on dynamics of elder abuse. Prior to joining the CREA project she worked in various settings as a victim advocate and conducted trainings for professionals and the community on dynamics of abuse. While working in the emergency department at Baptist Memorial Hospital Memphis, she and Ferrell Moore, RN developed and piloted a multi-disciplinary curriculum for elder abuse, which was sponsored by CREA and the Plough Foundation. Laura Brown can be contacted at laurabrownlmsw@gmail.com.

Ferrell Moore works at Baptist Memorial Healthcare Memphis, where she has over 12 years of bedside nursing experience in the emergency department. She is a charge and resource nurse of her unit, serves as Chair of the Professional Practice Council of her unit and was honored as one of Baptists’ top 100 nurses of Celebrate Nursing. Yet her most prized accomplishment is being a loving mother to her creative and gifted 17-year-old son Christopher. Her future plans include continuing her education to obtain a Master’s Degree of Nursing, with the goal of becoming a Certified Emergency Nurse Practitioner with a Holistic Concentration. Ferrell Moore can be contacted at Ferrell.Moore@Bmhcc.org.

By Marilyn Harris, an independent writer and editor specializing in business, technology, legal, and social issues.