APM’s Marketplace: Stealing from the Old 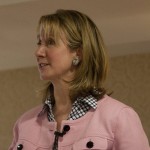 Kai Ryssdal: Here’s kind of an amazing number from a study they did in New York not too long ago: More than 140,000 elderly have had serious money or other real assets taken from them without their permission. And that’s in New York state alone. In all too many cases, it’s not a con man but a family member who’s to blame for a kind of elder abuse that goes seriously under-reported.