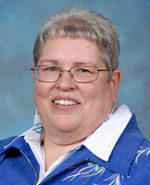 There is a burgeoning elder justice movement among Native American, or indigenous American, tribes all across the United States.  This blog describes the current landscape of the indigenous elder justice movement, notes the specific challenges to this community, highlights the work currently being done, and serves as a resource for collaboration. I had the wonderful opportunity of  interviewing Dr. Jacqueline Gray, Project Director for the National Indigenous Elder Justice Initiative (NIEJI) to learn about the unique work NIEJI is doing in this area.

Within Native communities there are several known risk factors associated with elder abuse;  social oppression, poverty, single marital status, substance abuse, and social isolation. 1  Many in the indigenous community view elder abuse as a symptom of the dissolution of tribal cultural values. 2  In addition to the commonly recognized forms of abuse, many tribes have expanded the definition of elder abuse to include spiritual abuse, which is defined as anything that interferes with spiritual growth including the corruption of another person’s value system.  Spiritual abuse manifests in many ways, such as excluding elders from cultural events within their community.

In native communities abuse is often under reported due to a lack of trust of non-tribal authorities such as law enforcement and social services and because abuse is seen as a family issue.  This under reporting skews what little research there is on abuse in native communities and can prevent services from being offered.  The term “elder abuse” can hinder elder justice efforts in the indigenous community, because it is seen as portraying a victim and a perpetrator thus requiring the use of the legal system.  The phrase “disrespect of elders” is better received, because disrespect is something the family unit can address and resolve.  Family restoration is a primary tribal value. 3

UNIQUE INITIATIVES FOR A UNIQUE PERSPECTIVE 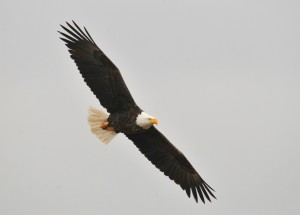 NIEJI is funded by the Administration for Community Living to provide research, education, and training for the identification and prevention of elder abuse in Indigenous communities. The program is housed at the University of North Dakota Center for Rural Health and serves American Indian, Alaska Native, and Native Hawaiian elders in an effort to improve their quality of life.

NIEJI collaborates with over 300 tribes with the mission to restore respect and dignity by honoring indigenous elders.  Networking largely through Federal technical assistance conferences, NIEJI  disseminates information about various successful elder justice initiatives and creates tools for their replication.

Successful model initiatives that take a community based, family involved approach to identifying elders at risk for abuse, preventing abuse, and intervening in abuse include:

Interdisciplinary Teams:   The interdisciplinary team model is crucial in work with this population because elders and their family are placed at the central point of the work.  Restoring the family is of primary concern, and the elder and their family members are engaged in a discussion about ways to restore respect and dignity to the elder.  Social services, law enforcement, nutrition specialists, and many others are at the table for the purpose of collaboration.  The Confederated Tribes of Warm Springs Warm Springs, Oregon serves as an example of this unique type of interdisciplinary team.

Elder Tribal Councils with Training in Elder Abuse: Tribal councils need special training in elder abuse so they can incorporate both elder abuse prevention and intervention into their sentencing.  Dr. Gray described a case heard by a tribal council well versed in elder abuse that included two neighbors who both had sons that were about the same age. One day the sons got into a fight and one son killed the other. Included in the sentence for this act was the ruling that the living son must become the bereaved mother’s new son.  He was to take care of her and protect her as her son would have.  He was to make sure that she was never isolated, abandoned, or abused.  While this sentence may seem shocking to outsiders, it is in keeping with tribal values as it serves to restore the family and tribe by holding the perpetrator accountable for his actions while creating a way for him to participate in the community in a positive, restorative way.

Operation Golden Shield: Operation Golden Shield is an example of community base policing at its best.  In this initiative, local law enforcement made a series of friendly visits to Native American elders throughout the year. They brought food or gifts and worked to establish a positive relationship with the elder.  Many positive outcomes were noted including better reporting of elder abuse, a stronger bond between law enforcement and the community, and these visits also served to reduce isolation and let potential abusers know that the elder had officials looking over them.

This is an exciting time to work in elder justice.  Awareness of the causes, dynamics, and solutions to elder abuse are spreading throughout the United States.  As these new initiatives demonstrate, successful elder justice models are as diverse as the communities they serve and these new models are flourishing.  Getting involved is as easy as to reaching out to native communities near you and ask to participate in upcoming educational events and conferences or invite community members to attend events that you know about.  Collaborations can lead to increased cultural understanding and result in strong partnerships.  Together we are greater than the sum of our parts. 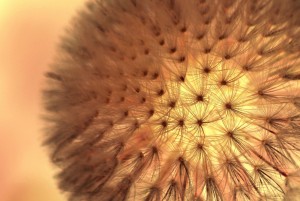 We hope you utilize the below listed resources to  learn more, get connected, collaborate, cross educate, and be a part of this new movement to restore respect and dignity to the lives of Native Americans.