Welcome to the NYC Elder Abuse Center’s (NYCEAC) news and resource roundup blog, The Field Guide. We’ve selected and analyzed the most helpful articles and resources relevant to elder justice professionals for July and August 2016. If you would like to share a news item or resource with us, please contact us at info@nyceac.org or via our Twitter, Facebook, or LinkedIn.

The elder justice news stories below were covered on mainstream press and shared widely through social media. The most popular stories in July and August were all related to the passage or proposal of laws to protect older adults.

A new law requires hospitals to notify patients that they may incur fees not covered by medicare if they stay more than 24 hours without being formally admitted. Previously, patients placed “under observation” would unknowingly incur huge out-of-pocket costs.

Federal health regulators have announced plans to crack down on nursing home employees who take demeaning photographs and videos of residents and post them on social media. A series of reports documented various nursing home staff committing elder abuse and posting degrading photos of older adults on social media including Snapchat, Facebook, and Instagram. Senator Charles Grassley, R-Iowa and chairman of the Senate Judiciary Committee, called on other federal agencies to take action on the problem.

The House of Representatives passed a bill that would make it easier for financial advisors to report financial abuse of the elderly. The Senior Safe Act of 2016 would protect financial institutions and advisors from legal liability if they disclose financial exploitation of senior citizens to a regulator.

New York passed new legislation requiring guidelines for end of life notices and visitation rights regarding incapacitated individuals subject of legal guardianship proceedings. “The legislation was sparked by the end-of-life treatment of the late actor Peter Falk, star of the 1970’s television detective show, “Columbo.” Mr. Falk’s daughter had alleged the actor’s second wife obtained conservatorship of him and blocked all contact with other family members at the end of his life.”

Elder abuse has roots in ageism. NYCEAC is committed to changing the way aging is perceived.  For more information about ageism and to view additional resources, please visit our Countering Ageism webpage. These are some of the items we read in July and August that confront ageism prejudices.

Too Old for Sex? Not at This Nursing Home

Aging lovers have challenged traditional notions of growing old, and institutions like The Hebrew Home at Riverdale are embracing these changes with their Sexual Expression Policy which allows for romantic relationships between residents. They even provide “Do Not Disturb” signs. “Sex falls right smack dab in the middle of who we are as people,” said Marguerite McLaughlin, senior director of quality improvement for the American Health Care Association. 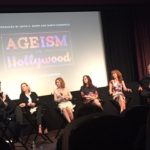 Academy Accused Of Being Ageist At Panel On Ageism In Hollywood

In a panel on ageism in Hollywood, the Academy of Motion Pictures Arts and Sciences was accused of ageism for removing older members. “I actually think that it is ageist,” panelist and actress JoBeth Williams said of the Academy’s move. “We should have opened the door to more members, but not given the older members the boot.” 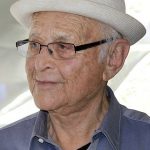 At 93, Norman Lear is still hard at work entertaining America. He is currently working on a comic series “Guess Who Died” set in a nursing home that puts older adults in the spotlight. The New York Times notes that Lear’s “…approach is the result of a deep concern with the way our country sees the elderly — or rather, the way we choose not to see them at all.” Watch The New York Times’ short video on Lear’s casting session for “Guess Who Died.”

Elder Justice Champions are people or organizations who are advancing the field of elder justice through innovation, strategic partnerships, new programs and initiatives, and/or good old-fashioned elbow grease. 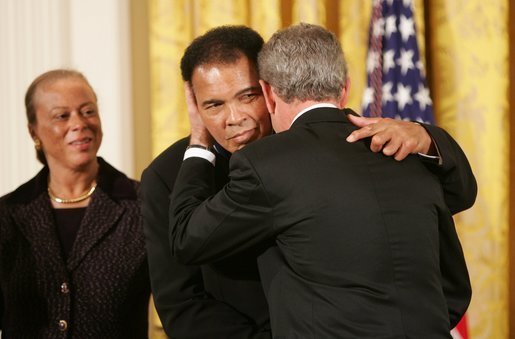 In this issue of the Field Guide, we feature Lonnie Ali for her dedication to compassionate and empowering caregiving for her husband Muhammad Ali. In a moving tribute, psychologist Barry Jacobs sums it up in this Huffington Post editorial: “Lonnie Ali was an exemplar of positive caregiving. At the same time she played the role of the Champ’s champion, she became our national Caregiver Advocate, especially while working on behalf of Parkinson’s caregivers. By re-reading her interviews with caregiver websites and the general media during her now-completed caregiving years, we can glean lessons for reaping caregiving’s potential rewards.”

New research explores the intersection of financial exploitation and decision making capacity, and provides a new conceptual model and tools for the investigation and prevention of financial exploitation. This research summary is part of a series sponsored by the National Adult Protective Services Association (NAPSA) and the National Committee for the Prevention of Elder Abuse (NCPEA) Joint Research Committee.

Risa Breckman, NYC Elder Abuse Center Director, co-produced the  survey and its findings in order to assess the current adequacy of elder abuse victim prevention and intervention services in New York State. The report identified service gaps and barriers, and also enumerates a number of solutions.

ACL is pleased to announce that the National Resource Center for Supported Decision-Making is accepting applications for the second year of its State Grant Program. They will be awarding grants for state-based projects that adopt an innovative approach to increase knowledge of and access to Supported Decision-Making by older adults and people with intellectual and developmental disabilities across the life course.

The Consumer Financial Protection Bureau issued a guide and best practices to that seek to create community-based efforts to prevent, detect, and respond to elder financial exploitation.