Welcome to the NYC Elder Abuse Center’s (NYCEAC) news and resource roundup blog, The Field Guide. We’ve selected and analyzed pertinent articles and resources relevant to elder justice professionals for July and August 2017. If you would like to share a news item or resource with us, please contact us at info@nyceac.org or via our Twitter, Facebook, or LinkedIn.

Fight Over Right to Sue Nursing Homes Heats Up

Elder abuse made mainstream news when new regulations were proposed to dramatically limit nursing home residents’ legal rights including the right to sue over abuse. “Consumer groups are making a last ditch effort to stop the Trump administration from stripping nursing home residents and their families of the right to take facilities to court over alleged abuse, neglect or sexual assault.”

Forbes Magazine featured article with advice about safeguarding against elder financial abuse. “Predators are targeting seniors every day, because older people are often isolated, exceedingly trusting, love company and willing to part with their money.”

Elder abuse: Emergency Rooms Must Learn How to Protect a Vulnerable Population

Abuse of Older Adults on the Rise

The Office to Combat Domestic Violence and the NYC Department for the Aging released a new report on intimate partner elder abuse in New York state. “Intimate partner elder abuse affects the health and safety of many New Yorkers and their families. Public awareness of the issue and a coordinated multidisciplinary response are required as the New York City elder population continues to increase.” 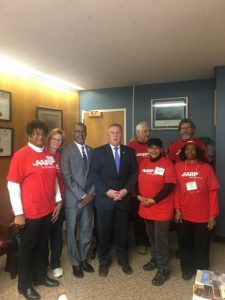 The New York Senate and Assembly passed Assembly Bill A8258A, which “require(s) the state Office for the Aging to create guidelines to help health care providers and employees identify abuse and maltreatment of senior citizens.” Additionally, the Assembly and Senate passed Assembly Bill A6395. which “directs the superintendent of the state Department of Financial Services to develop training materials to help bank employees recognize and report signs of financial exploitation.” Both are currently awaiting the Governor’s signature.

The Administration for Community Living released the first consistently, systematically, and nationally collected data on the abuse of older adults and adults with disabilities. “The information it will provide in the years to come will directly inform prevention and intervention practices at all levels of the adult maltreatment field.”

The National Center on Elder Abuse has compiled a fact sheet addressing the complicated issue of video surveillance in nursing homes. “While surveillance cameras and other devices can offer information about the type of care you are receiving and how you are being treated by nursing home staff, other residents, and visitors, they can be invasive and may violate your or your roommate’s right to privacy.”

The National Center on Law and Elder Rights Email List

The National Center on Law and Elder Rights (NCLER) is a new national resource center for the legal services and aging and disability networks, focused on the legal rights of older adults. Providing webinars, trainings, written materials, and case consultations, NCLER is a one-stop resource for professionals serving older adults with the greatest economic and social needs.

A new report from Grantmakers in Aging mentions the intersection of elder abuse and opioid abuse and discusses policies that would support elder abuse prevention, detection, and response services.

The University of Southern California (USC) is requesting for proposals, which is supported by an award from the Administration for Community Living. USC is requesting proposals to support emerging practices for elder abuse multidisciplinary teams, which may either be existing or new practices. The full solicitation information can be found here.

Elder abuse has roots in ageism. NYCEAC is committed to changing the way aging is perceived.  For more information about ageism and to view additional resources, please visit our Countering Ageism webpage. These are some of the items we read in July and August that confront ageism prejudices.

NYCEAC’s colleague Ashton Applewhite is powerful and inspiring in her TED talk, Let’s End Ageism. “It’s not the passage of time that makes it so hard to get older. It’s ageism, a prejudice that pits us against our future selves “ 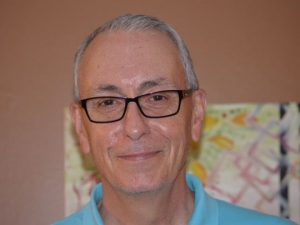 Ageism is Forcing Many to Look Outside Silicon Valley

USA Today dives into high tech’s ageism problem. Despite the industry’s efforts against racism and sexism, most companies remain silent about their near exclusion of older adults. “Age is the silent career killer in the tech industry. While companies openly wrestle with the lack of racial and gender diversity, regularly releasing workforce demographics, they refuse to disclose the average age of their staffers and offer little in the way of internal support for older workers.” 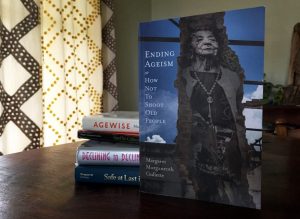 Who Are You Calling Old? Brandeis Scholar Argues For An End To Ageism

WBUR interviews Margaret Morganroth Gullette. Gullette discusses her new book Ending Ageism: Or, How Not To Shoot Old People which breaks down ageist view and how to restructure our cultural narrative on aging. “Aging…is the story a culture fashions around the unstoppable process of gaining years. It doesn’t have to be a story of decline.”

Allure Magazine Will No Longer Use the Term “Anti-Aging”

The fashion and beauty industries have a long way to go on how they represent older adults, and we support this positive step by Allure Magazine. “Starting with this issue, we are making a resolution to stop using the term ‘anti-aging.’ Whether we know it or not, we’re subtly reinforcing the message that aging is a condition we need to battle — think antianxiety meds, antivirus software, or antifungal spray.”