The Field Guide: News and Resources for Elder Justice Professionals – May 2017

Welcome to the NYC Elder Abuse Center’s (NYCEAC) news and resource roundup blog, The Field Guide. We’ve selected and analyzed pertinent articles and resources relevant to elder justice professionals for March and April 2017. If you would like to share a news item or resource with us, please contact us at info@nyceac.org or via our Twitter, Facebook, or LinkedIn.

This Huffington Post article, co-authored by NYCEAC’s Director, Risa Breckman, and Philip C. Marshall, an elder justice advocate, reports on the results from groundbreaking research on the prevalence of family, friends and neighbors assisting elder abuse victims – and the number experiencing distress by helping the victims. NYCEAC is launching a pilot helpline to provide support to concerned persons assisting older victims residing in New York City.

The New York Times gives elder financial abuse the attention it deserves by reporting on the increasing efforts to protect older adults from financial exploitation. “In recent years, the Justice Department has trained prosecutors to handle cases of abuse of older people and offered online training to law enforcement officials nationwide.”

U.S. News & World Report released a three-part in-depth series about the  financial exploitation of older adults. The articles cover the complexities of the all too commonplace and under-reported issue of financial elder abuse.

Seniors’ Brain Changes Could Make Them Vulnerable to Scams

A first-of-its-kind study explores the potential biological brain changes that older adults experience as a potential factor in how and why older adults are exploited. Study author Nathan Spreng, Director, Cornell University’s Laboratory of Brain and Cognition, explores how age-related changes to the brain increase vulnerability.

A comprehensive article in the Sacramento Bee analyzes the difficulties in exposing sexual assault in nursing homes as well as the reasons for these difficulties. “It hides behind reporting systems that fail to catalog such complaints separately from other forms of abuse that afflict the elderly and disabled. It hides behind business incentives that drive facility owners to conceal abuse.” 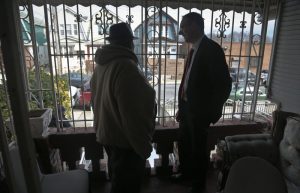 The Associated Press reports the startling rise of deed theft and foreclosure scams. Some of the victims are older adults. For example, an attorney in Indiana states, “Deed theft victims are often older, or have some other perceived vulnerability, such as difficulty with English or a limited grasp of finances.” Some of these cases can take years to resolve: “Undoing deed theft damage can take herculean efforts.”

Frameworks Institute: A group of leading national aging organizations and funders commissioned the FrameWorks Institute to conduct a Strategic Frame Analysis®, an empirical investigation into the communications aspects of aging issues. The result is Gaining Momentum, a collection of resources and research designed to help advocates reframe aging in America. http://frameworksinstitute.org/toolkits/aging/

The  Financial Industry Regulatory Authority (FINRA) has released updated sanctions that include coverage for financial exploitation of vulnerable individuals or individuals with diminished capacity, including older adults.

The purpose of this RFP is to fund multi-disciplinary, multi-stakeholder collaborative groups (composed of aging advocates that are working in conjunction with financial institutions) to help develop the content of online training for AARP’s BankSafe Initiative.  BankSafe empowers financial institutions and the aging network to protect consumers from financial exploitation and keep retirement savings safe

Elder abuse has roots in ageism. NYCEAC is committed to changing the way aging is perceived.  For more information about ageism and to view additional resources, please visit our Countering Ageism webpage. These are some of the items we read in January and February 2017 that confront ageism prejudices.

A study of Nobel physics laureates since the 1980s found that the majority of those laureates have made their discoveries, on average, at age 50. The study also found that the peak age of creativity for Nobel winners is getting higher every year. 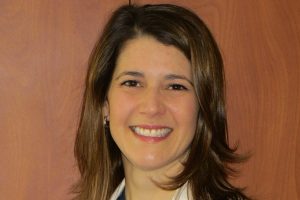 Rebecca Trotta, PhD, a nurse, spoke out about the way ageism affects how older adults receive health care during Penn Medicine’s Health Equity Week. “Ageism is one of the most socially condoned and institutionalized forms of prejudice in our country…. There’s a belief that older adults can’t meaningfully contribute to society anymore.” 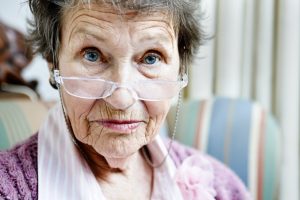 Using Baby Talk With Seniors Is Insulting, Not Cute

This article by the Huffington Post takes on “elderspeak” (characterized by a slow speech rate, exaggerated intonation, elevated pitch and volume, the intentional use of simple vocabulary and reduced grammatical complexity.) Aside from being ageist and offensive, elderspeak can have greater harm for older adults with cognitive impairments: “Research has shown that older adults with cognitive impairments who are spoken to in this manner are less likely to comply and do what is being asked of them and/or they will react negatively…”