– Risa Breckman, LCSW is the Deputy Director of the NYC Elder Abuse Center 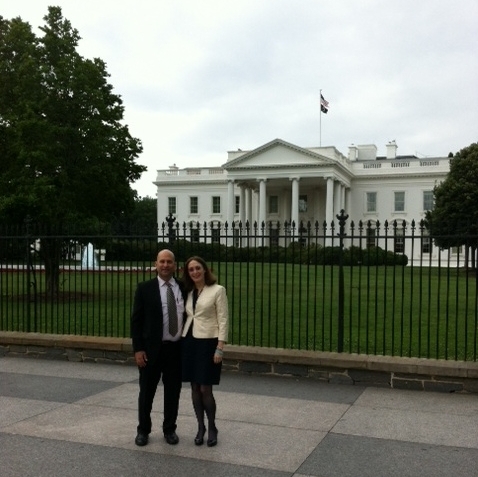 On June 14, 2012, over 150 elder justice leaders from around the country walked into The White House to commemorate the 7th annual World Elder Abuse Awareness Day. I was one of the 150 in attendance. Having worked tirelessly for elder justice since 1982, I wondered if our nation’s leaders would ever take the reins to help stem the tide of the growing and devastating problem of elder abuse, neglect and exploitation.

On June 14, 2012, our nation’s leaders strongly declared they would lead the fight.

Significant Announcements Made Throughout the Day

With Assistant Secretary Kathy Greenlee presiding over the day’s events, speakers focused mainly on the exploding problem of financial exploitation and ideas for prevention, detection, assessment and intervention were outlined.

New York City Elder Abuse Center (NYCEAC) Director Dr. Mark Lachs spoke passionately and to strong applause about the need for collaboration to best respond to the needs of victims and he highlighted as an example NYCEAC’s Multidisciplinary Teams. Other speakers spoke eloquently and movingly about the plight of victims, the economic, health and social costs of elder abuse and the urgent need to find solutions. Mary Twomey, Co-Director of the National Center on Elder Abuse, announced the launching of the Ageless Alliance. (To listen to the presentations, visit the White House YouTube channel)

As I sat in the conference room in the White House listening to each announcement and to the compelling speakers, I did not anticipate that I would be overcome with emotion. But this was more than just another conference. The most oft heard words I heard people use to describe the day were “historic,” “epoch” and “momentous.” I had never heard words like these used to describe an elder abuse-related event in all of my many years doing this work. So there was truly something about the day that felt like a turning point.

After being left to wander in the desert for over thirty years, the White House finally opened its doors to elder justice.

June 14, 2012 is now a benchmark. We need to hold our national government leaders to the promise made on this day that elder abuse will not be tolerated. To accomplish that, consider yourself a member of a strong, bold nation-wide elder abuse movement. Your voice matters: speak up loudly and often against elder abuse. Engage in partnerships to create solutions. Be innovative and bold.

We are in motion. Onward!