This blog features a round up of elder justice related news items released in December 2013.

AP reports on the rise of elder abuse

The Associated Press looks at the global rise of elder abuse through the lens of an 88-year-old Australian woman, frames the elder abuse epidemic and highlights the role of ageism.

The impact of verbal abuse on older adults

The Post-Standard reports on the case of a 78-year-old man who is a survivor of elder abuse. Two people in Florida have been pled guilty to grand larceny for convincing the man to give them $105,000, promising him a house in Florida that he never received.

JASA suggests that the season offers a chance to reconnect with older loved ones—as well as an opportunity to ensure they are safe from elder abuse. Warning signs include a changed appearance, or changes in financial circumstances. While your loved one may not be a victim of elder abuse, they may need other kinds of help such as benefits or entitlements. JASA’s Attorney-in-Charge Donna Dougherty, Esq. recently co-wrote a NYCEAC blog post on JASA’s social work and civil legal services for elder abuse victims.

The Manhattan District Attorney’s Office, Citymeals-on-Wheels and the Harry and Jeanette Weinberg Center for Elder Abuse Prevention at the Hebrew Home at Riverdale have come together to train staff and volunteers to recognize signs of elder abuse. Citymeals-on-Wheels staff and volunteers distributed placemats designed by the district attorney’s Elder Abuse Unit which contained phone numbers for older adults to call to report suspected abusive behavior towards them. 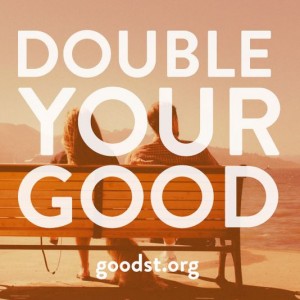 This month, the New York City Elder Abuse Center received a donation from the Good St. community, a charity subscription program that allows donors to subscribe and choose a charity to support each day. The donation will be used to help fund travel costs for a geriatrician who makes medical house calls to isolated, homebound and ailing older victims. NYCEAC Director Risa Breckman said, “The news of your contribution provided encouragement and support to this frontline staff, unsung heroes in NYC, dedicated to improving the health, safety and overall quality of life of the many older adults suffering in silence from abuse. The value of having our hearts filled with hope by Good Streeters is simply beyond measure.”