There are a growing number of news stories about elder abuse situations, which is a good trend. But frequently, individual cases of abuse are reported on as if they are isolated events. In so doing, elder abuse as an epidemic remains unacknowledged, as does the elder justice movement. 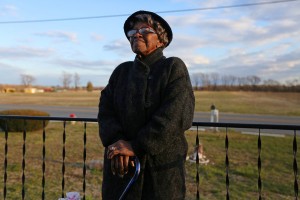 One story featured in The Wall Street Journal entitled, Astor’s Son Loses Appeal in Fraud Case, reports on renowned philanthropist Brooke Astor’s son, who financially exploited and neglected her, losing his recent fraud conviction appeal. The second piece, a story from The New York Times entitled, Payment for Act of Kindness: 2 Days in Car Trunk at Age 89, features the horrific account of Margaret E. Smith, described as “the backbone dot in the center of Delaware,” being kidnapped, physically abused and robbed by two teenagers. A third case, reported on in the Chicago Tribune, entitled Nursing Assistant Charged with Taking $350K from Client’s Estate, illustrates a case of a longtime nursing assistant who befriended 90-year-old retired city engineer, Marshall Davies, offered to be his “round-the-clock caregiver” and then financially exploited him. 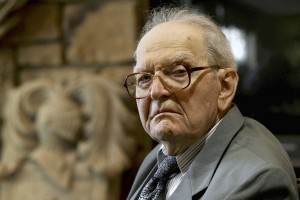 Co-occurring forms of elder abuse are present in the cases described above: financial exploitation, neglect and physical, psychological and emotional abuse. In Ms. Astor and Mr. Davies cases, a dynamic played out that is common in elder abuse cases: a family member or friend takes advantage of the trust expectation that underpins the relationship with an older adult to improperly access the older adult’s resources for their own benefit. Financial exploitation involves the unauthorized or improper use of funds, property, or assets.

This can include coercing the change of a will, bank account, or property transfer, using cash or credit cards without permission or knowledge, and/or forging signatures on checks. Often when financial exploitation occurs, psychological and emotional abuse and neglect also take place, subjecting an older adult to behavior that results in fear, mental anguish or emotional pain. Similarly, it is clear that Ms. Smith suffered from psychological and emotional abuse while being robbed, physically abused and confined to the trunk of her car for two days.

For every one case of self-reported elder abuse in the New York State Elder Abuse Prevalence Study, 24 cases went unreported.

Ms. Astor, Mr. Davies and Ms. Smith are not alone in experiencing elder abuse. Research suggests that one in ten older adults are victims of abuse. A 2010 New York State Prevalence Study found that a staggering numbers of older New Yorkers – 260,000 each year – confront abuse, neglect and exploitation. With 1 in 24 older New Yorkers not being known to any system, it is clear that many elder abuse victims suffer in silence. (For more information, see New York State Elder Abuse Prevalence Study.)

Responsible journalism reporting on an epidemic would include information about demographic trends and prevalence data; known risk factors and resources; the need for funding for public awareness, research, prevention and response; and the work of advocates.

The public deserves reporting that tells the full story, moving beyond coverage of an elder abuse situation as a stand alone story. Individual stories should be used to underscore that elder abuse is an epidemic causing widespread suffering. Dots should be connected from each story to the need for effective education, research, services, policy and advocacy at the local, state and national levels. Two not-so-recent opinion pieces found online – one in the Star Tribune in 2011 and one in the Washington Post  in 2008 – are examples of this type of coverage.

With the blog, the NYC Elder Abuse Center aims to start a conversation to address inadequate coverage of elder abuse in the media. What do you think? Please leave a comment below. And if you are aware of an elder abuse news story representing responsible journalism as defined in this blog, please share the link. Thanks!