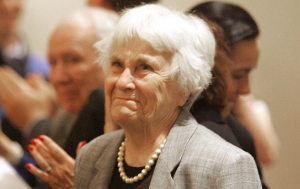 There has been recent coverage of the elder financial abuse case involving 87 year-old Harper Lee, author of the classic and important piece of American Literature, To Kill A Mockingbird. Allegedly, following a stroke Ms. Lee had in 2007, her former literary agent, Samuel Pinkus, used several tactics to trick her into surrendering her book royalties to him.

Financial exploitation is defined as involving the unauthorized or improper use of funds, property, or assets and this often happens to older adults at the hand of someone close to the them. A recent piece published by Senior Planet highlights this by noting that “elder financial abuse cases often involve friends and relatives, and this one is no exception: Pinkus is the son-in-law of one of Lee’s older and dearest friends, the late Eugene Winick.”

Ms. Lee is not alone in experiencing elder abuse.

For every one case of self-reported elder abuse in the New York State Elder Abuse Prevalence Study, 24 cases went unreported. Research suggests that one in ten older adults are victims of abuse. A 2010 New York State Prevalence Study found that a staggering numbers of older New Yorkers – 260,000 each year – confront abuse, neglect and exploitation. With 1 in 24 older New Yorkers not being known to any system, it is clear that many elder abuse victims suffer in silence.

A case like Ms. Lee’s shines a bright light on the elder abuse epidemic exploding in the US and hopefully the publicity about her experience will raise public awareness about this human rights, public health and criminal justice issue. Raising awareness can help prevent others from a similar fate.