Welcome to the NYC Elder Abuse Center’s (NYCEAC) November and December round-up of the latest in elder justice news & resources. We’ve selected and analyzed the most helpful articles and resources relevant to elder justice professionals. If you would like to share a news item or resource with us, please contact us at info@nyceac.org or via our Twitter, Facebook, or LinkedIn.

Nursing Home Staff Goes Above and Beyond to Prevent Abandonment

Story Corps and NPR featured a story about two California assisted living facility employees – cook Maurice Rowland and janitor Miguel Alvarez – who remained in the facility after it closed and worked around the clock so older adult residents wouldn’t be abandoned. This incident lead to legislation that strengthened protections for residents of care facilities.

Elder abuse was highlighted during National Family Caregivers month in November. The New Old Age blog discussed the the need for physicians to start caring for the caregiver as well as their patient, and PBS featured a piece on how to share the caregiving responsibilities amongst siblings. 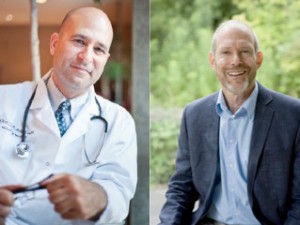 A new study presented at the annual Gerontological Society of America meeting by NYCEAC Medical Director Dr. Mark Lachs and Cornell University Gerontology Professor Dr. Karl Pillemer revealed that almost a fifth of residents experienced mistreatment by another resident during the four week study period. Those most likely to be involved in mistreatment were younger and less cognitively and physically impaired as compared to other residents, and facilities with crowding and understaffing had higher rates of resident to resident mistreatment.

Forbes magazine featured an article about the difficulty involved in reporting a family member for financially abusing an older relative. Often case identification depends on family members reporting their own loved ones.

The Boston Globe featured new regulations proposed by the Executive Office of Elder Affairs, the regulating body for care facilities in Massachusetts, that aim to strengthen protections for residents. Proposed regulations include rules which would not allow facilities to accept and/or retain residents who have a skilled nursing level of need and would require annual evacuation drills.

Colorado’s mandatory reporting law has resulted in 3,800 reports of suspected abuse since July 1st when the law was enacted, giving officials a glimpse of the extent of abuse present in the state.  Since the law has been enacted only one professional, a nurse, has been charged with a misdemeanor for failure to report.

Seattle’s news radio examined the dynamics of elder abuse, including an emphasis on the importance of power and control in these cases, the resiliency of victims, and the Seattle district attorney’s use of Ellie, a lab-mix who accompanies victims while they testify.

Partners in the news

City Councilman Jame’s Vacca (East Bronx) has dedicated $48,000 to the The Harry and Jeanette Weinberg Center for Elder Abuse Prevention from the City Council’s Domestic Violence and Empowerment Initiative to help aid seniors throughout the Bronx.

The Global Status Report on Violence Prevention 2014 released by the World Health Organization found that 4-6% of older adults worldwide reported severe abuse in the past month and highlighted the lack of knowledge about the prevalence of elder abuse in developing countries. In addition, WHO Europe recently released the report Community survey of elder maltreatment, the first prevalence study on elder abuse in the former Yugoslav Republic of Macedonia.

Public Integrity, a nonpartisan, non-profit investigative news organization, released two articles in November on staffing ratios in nursing facilities. The first piece found that staffing ratios measured during the yearly audit were much lower than those calculated based on Medicaid’s cost report, indicating that reported staff ratios were much lower than actual ratios throughout the year. The second piece, using the same data, found that this discrepancy was much more pronounced for facilities that provided care to primarily minority residents, and that on average facilities that cared primarily for white residents had a 60% higher staffing ratio than majority Latino, and 34% higher ratio than majority African-American facilities.

The Senate Committee on Aging heard from four industry leaders about the role of private industry in reducing phone scams targeting seniors. The North American Securities Administrators Association recently launched the Committee on Senior Issues and Diminished Capacity, to help protect seniors and guide advisers and brokers on how to work with older adults who may have diminished capacity.

Photo Courtesy of : The Unified Judicial
System of Pennsylvania

The Pennsylvania Elder Law Task Force, which was established in 2013, released an extensive report including 130 recommendations to help courts and other agencies working on guardianship, elder abuse and neglect, and access to justice.  Specific recommendations included amending the slayer statute to prevent an abuser from benefiting from the elder’s estate, mandating training for guardians, and to mandate reporting by financial institutions.

Bill Richards of Montgomery received the 2014 AARP Alabama Andrus Award for Community Service, for his work advocating for elder justice legislation. Ralph Oneal, Chair of the Gulf Coast Elder Abuse Conference, has been honored as a People’s Health Champion for his work in elder justice.

In this video clip series, professionals use a 90 second Elder Abuse Video Enactment as a touchstone for discussing challenging practice issues from different perspectives – and illustrate why the problem of elder abuse requires a collaborative response.

Resources for the Holidays

The Consumer Financial Protection Bureau provides tips about how to talk to family members as well as a Money Smart for Older Adults resource. Elder Justice Dispatch featured a post providing tips and tools that professionals can use to support victims and families during this time of year.

Out And Visible: New Resource from SAGE

Services & Advocacy for Gay, Lesbian, Bisexual & Transgender Elders (SAGE) has released a new report, Out and Visible: The Experiences and Attitudes of Lesbian, Gay, Bisexual and Transgender Older Adults, Ages 45-75.  The report is based on a national survey of 1857 LGBT adults and 519 non-LGBT adults and explores the fears, beliefs, behaviors and aspirations in areas such as healthcare, finance and retirement, support systems, housing, and sources of information.

Veto Violence Has a New Webpage

Veto Violence, a program through the Centers for Disease Control and Prevention, has launched their new webpage.  The site provides violence prevention professionals with resources, trainings, and information.

The Council of Senior Centers and Services of New York City will hold it’s 26th Annual Conference on Aging on Tuesday January 20th from 8:00AM – 5:00PM. The conference theme this year is “The Transformation of Aging.” Click here to register.

Legal Services NYC – Bronx is looking for a Project Director to lead a committed staff in providing free, high quality civil legal services to and achieving social, racial and economic justice for low-income clients and communities.