Welcome to the NYC Elder Abuse Center’s (NYCEAC) June 2015 roundup of the latest in elder justice news & resources. We’ve selected and analyzed the most helpful articles and resources relevant to elder justice professionals. If you would like to share a news item or resource with us, please contact us at info@nyceac.org or via our Twitter, Facebook, or LinkedIn. 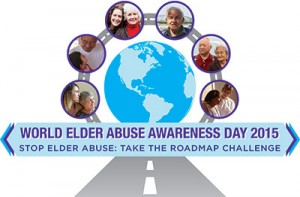 June 15th was the 10th annual World Elder Abuse Awareness Day (WEAAD). Elder justice advocates across the country and around the world took part in activities to celebrate the occasion. President Obama issued a proclamation recognizing WEAAD 2015. He affirmed his administration’s commitment to protecting older adults and encouraged all Americans to observe WEAAD “by learning the signs of elder abuse, neglect, and exploitation, and by raising awareness about this important public health issue.”

Kathy Greenlee, Assistant Secretary for Aging at the U.S. Department of Health and Human Services and Administrator of the Administration for Community Living (ACL) wrote a guest piece for NYCEAC’s Elder Justice Dispatch blog to spotlight WEAAD and emphasize that we can all make a difference in the prevention and detection of and response to elder abuse. 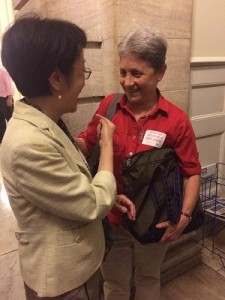 A week ahead of deadline, NYC Mayor Bill de Blasio and City Council Speaker Melissa Mark-Viverito announced on June 22nd that they had reached a deal on the Fiscal Year 2016 City budget. The Gotham Gazette spotlighted the $78.5 billion budget including $2 million to expand elder abuse prevention, as well as funding for other programs and services for older adults. Council Member Margaret Chin, a vocal advocate for older New Yorkers in the budgeting process, thanked the Mayor “for making a serious investment in our seniors.”

A recent edition of the New York Times’ “Ask Real Estate” column responds to a concerned family member who suspects their uncle is a victim of elder abuse. With guidance from a real estate lawyer and Risa Breckman, NYCEAC’s Director, the column provides recommendations for removing an abuser from the older adult’s apartment.

Philip Marshall: Disinherited, but No Regrets

As reported by the New York Post, Philip Marshall, grandson of philanthropist and socialite Brooke Astor, has been disinherited in the will of his late father, Anthony Marshall. Philip exposed his father for financially exploiting his grandmother, neglecting her care and isolating her from friends and family. He stood to gain an estimated $9 million in inheritance prior to his whistle blowing. Now a vocal advocate for elder justice, Philip says, “I’d do it all again.”

What We Know About Elder Financial Exploitation

Elder justice will be one of four primary discussion topics at the White House Conference on Aging (WHCOA) on July 13, 2015. In advance of this once-in-a-decade event, WHCOA staff have produced a policy brief on elder justice.

The Consumer Financial Protection Bureau’s (CFPB) June 2015 Consumer Advisory and Investor Bulletin discusses the importance of planning ahead to manage one’s financial future in the face of diminished capacity or illness. The bulletin offers recommendations and resources to address these challenges.

The Legal Aid Association of California, in collaboration with the Institute on Aging, has released a recording of their recent webinar, “Fighting Elder Financial Abuse Law Enforcement’s Role.”

Once a decade, the White House hosts a Conference on Aging. The 2015 White House Conference on Aging (WHCOA) will take place on July 13, 2015. For the first time since WHCOA’s inception in the 1960s, Elder Justice will be one of the central discussion topics. To learn more about WHCOA and how to participate in this historic event, visit the WCHOA website.

The NYC Chapter of the Alzheimer’s Association is looking for a bilingual (English/Spanish) dementia care trainer. A description of this position and information regarding applying can be found here.

The NYC Elder Abuse Center is seeking a part-time consultant for the role of Social Media Associate/Content Creator. A job description is available here; interested candidates should contact Cara Kenien at cak2017@med.cornell.edu.