Welcome to the NYC Elder Abuse Center’s (NYCEAC) January 2015 roundup of the latest in elder justice news & resources. We’ve selected and analyzed the most helpful articles and resources relevant to elder justice professionals. If you would like to share a news item or resource with us, please contact us at info@nyceac.org or via our Twitter, Facebook, or LinkedIn. 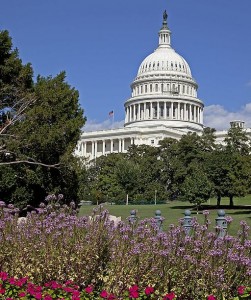 The Older Americans Act (OAA) is up for reauthorization in Congress. This important bill provides funding for numerous programs, including Meals on Wheels, Adult Protective Services and long-term care ombudsmen. Elder justice advocates are adding their voices to the discussion in support of reauthorization.

South Dakota Supreme Court Chief Justice David Gilbertson urged state lawmakers to start focusing on the problem of elder abuse in his annual State of the Judiciary speech. Successful judicial and legislative partnerships in recent years have tackled other difficult issues, and Gilbertson advocated for elder abuse, especially financial exploitation, to become one of the next targets of this effective collaboration.

Legislators in Georgia are looking to strengthen an elder abuse bill passed in 2013 by closing loop holes and improving to tools available to law enforcement in responding to elder abuse. For example, these changes will provide more protection against financial exploitation and allow elder abuse cases to come to trial more quickly.

Partners in the News 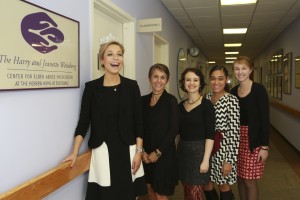 Elder Justice has a new ally in Miss America 2015, Kira Kazantsev. Ms. Kazantsev visited the Hebrew Home at Riverdale in late December, and praised the facility for their work to prevent elder abuse and house victims, saying that she “[was] grateful to the Hebrew Home and the Weinberg Center for taking a leadership position to end elder abuse and domestic violence, two life-threatening issues that impact families daily.”

The film Still Alice portrays many of the challenges faced by those struggling with dementia. In a recent New York Times article, the movie is used to explore various financial concerns related to the disease. Dan Reingold, CEO of the Hebrew Home at Riverdale, which houses the Harry and Jeanette Weinberg Center for Elder Abuse Prevention, discusses the complexities of family dynamics and dangers of financial exploitation in cases of dementia. 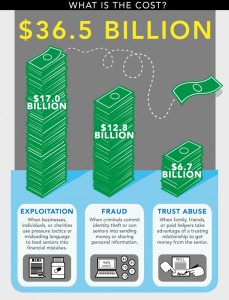 According to a new report by True Link, an elder fraud protection service, older adults lose $36.48 billion each year to financial abuse, which is over 12 times more than previously reported. The report provides insight into the costs of various forms of financial abuse, as well as information about risk factors, common scams and more.

Webinar Explores How to Engage Pre-Professionals in Elder Justice Work

The National Adult Protective Services Association and the National Committee for the Prevention of Elder Abuse have released their Research to Practice Webinar Brief on Assessing and strengthening elder abuse knowledge of pre-professionals: increasing exposure to elder abuse through university course content and field internships. The brief includes recommendations from Risa Breckman, Karl Pillemer, and Christina Policastro.

The Office for Victims of Crime’s Training and Technical Assistance Center has launched a new training module on Elder Abuse within its online Victim Assistance Training program.

The Fundamentals of Elder Law, Cases and Materials (Foundation Press; 1st edition, Oct. 25, 2014), the first casebook of its kind to be published in the U.S, was recently released. This new resource comes from Rev. Raymond O’Brien, a professor at Catholic University’s Columbus School of Law, and Michael Flannery.

JASA’s Elder Abuse Training Institute (EATI) is an interdisciplinary training for professionals and community gatekeepers, which improves understanding of and response to the various forms of elder abuse. On Thursday, February 19th, EATI will present, “The Role of the Social Work Professional: Assisting Underserved.” To learn more about this training and other upcoming EATI trainings, click here.

The New York Asian Women’s Center (NYAWC) is seeking a full-time bilingual Elder Abuse Specialist to work with a caseload of elder abuse survivors, represent NYAWC with other Elder Abuse service providers and community leaders and assist in developing new partnerships to support the program and clients.

The Vera Institute of Justice is looking for a Director of Case Management for The Guardianship Project, an innovative demonstration project established to provide model guardianship services to older adults and people with disabilities who have been adjudicated as incapacitated by the courts. The Director of Case Management will be responsible for supervising a team of Case Managers, collaborating with leadership throughout the Vera Institute to address agency-wide issues, collecting grant data, presenting on The Guardianship Project and more.