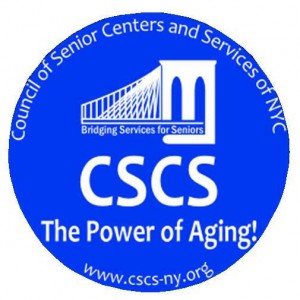 The Need for Elder Justice Advocacy

Elder abuse is an exploding problem with significant consequences for older adults and the public. Yet there is no coherent policy or government leadership for elder abuse prevention, intervention and policy in NYC. The handful of NYC city-funded elder abuse programs are underfunded in relation to the need, and each year these programs are threatened with elimination. If we break down NYC’s elder abuse funding allocation by the number of victims that we know reside in NYC (based on statistics from the New York State Elder Abuse Prevalence Study), we find that NYC allocates $9.50 per elder abuse victim. This is simply not enough funding to appropriately respond to elder abuse cases.

A small amount of New York State victim compensation dollars is spent on elder abuse programs, but these programs are few and scattered across the state. There is no statewide office to combat elder abuse, as there is to combat domestic violence. There should be a division within the State Office for the Aging that advocates for funding, better coordination of statewide services and systems, or an evaluation of departmental policies and guidelines that affect the field.

Elder abuse policy and legislative development remain virtually ignored and woefully underfunded. The time for reform is now! The lesson of the domestic violence movement is that existing elder abuse programs must work in collaborations with a broad coalition of stakeholders to achieve meaningful policy initiatives.

Advocacy in Action: Council for Senior Centers and Services (CSCS)

The wide range of services provided by CSCS, including their recent work on elder abuse issues, makes them a key part of the aging network in NYC. This NYC based membership organization represents senior services and aging issues and advocates for needed community based services that allow older adults to age with dignity. CSCS works on a wide range of issues that affect older adults including economic justice, hunger and supportive housing, healthy aging and community engagement. CSCS is comprised of over 100 member organizations which operate over 600 programs serving 300,000 older New Yorkers. CSCS members include multi-service senior centers, meals-on-wheels, case management, home care, transportation, adult day services, housing, mental health and a broad array of community-based services. Its membership also includes community-based service providers that have contracts with the Department for the Aging (DFTA) to provide services to elder abuse victims.

Bobbie Sackman, CSCS’ Director of Public Policy and NYCEAC Steering Committee Member, began working with the elder abuse and aging networks to advocate for restoration of and increased appropriations to the funding when the funding stream through which DFTA funded elder abuse programs was originally cut roughly four to five years ago. Since then, CSCS has maintained a strong track record with developing policy and programmatic initiatives related to elder abuse. In 2010, CSCS partnered with the National Council on Aging and the Witness Program to produce an educational video entitled, An Age for Justice: Confronting Elder Abuse in America. Based on the success of the video, CSCS collected stories from elder abuse victims for the “Making It Real Campaign:  The Human Face of the Budget Cuts” (2011). In recognition of the June 15th World Elder Abuse Awareness Day, CSCS, through its membership with the New York City Elder Abuse Network, convened a press conference at City Hall and launched “There is No Excuse for Elder Abuse,” a social media campaign that led elected officials and their staff to use Twitter and Facebook to send messages about elder abuse awareness to their followers. CSCS took a leadership role in coordinating efforts with NYC Council Speaker Christine Quinn and Aging Committee Chair, Councilmember Jessica Lappin and local elder justice professionals to create and publish a brochure titled “Elder Abuse:  How to Recognize It and Get Help,” which educates constituents about the issues of elder abuse.

Last year, CSCS was awarded a grant by the Florence V. Burden Foundation to further its work in elder justice. This allowed CSCS to bring Bola Aribidesi, the Public Policy Associate, on board to identify systemic changes that will improve service delivery to victims/survivors of elder abuse.

CSCS approaches advocacy by first consulting with front line providers to establish an in-depth knowledge base about the challenges they face. To understand elder abuse issues, CSCS conducted a needs assessment by asking its members about the key challenges and issues they were facing when detecting and/or responding to cases of elder abuse. They also spoke with other professionals who work for Adult Protective Services and in law enforcement about the need to increase awareness of elder abuse. This process fostered an important dialogue among Bobbie, Bola and the direct practitioners in the community. As a result, Bobbie and Bola learned about the complexities surrounding cases and built partnerships with professionals doing the work on the front lines, which allows them to leverage their advocacy expertise and move elder justice advocacy efforts forward. Out of the needs assessment came four specific areas on which they have been focusing their elder justice work. These four areas became the basis of the CSCS Elder Abuse Initiative, funded by the New York Women’s Foundation.

1. Build relationships with elder abuse providers to form a concrete understanding of the issues and help develop a uniform message about the need for legislative changes.

2. Bring the voice of elder abuse survivors to the forefront. It is crucial to include the voice of elders themselves who have suffered from elder abuse. There is a candlelight vigil that will take place on April 21st as part of 2013 National Crime Victims Rights week and elder abuse is central to the agenda for the first time. Bola and Bobbie are actively looking for potential elder abuse survivors or family members who would be willing to speak during the event. If you know someone, contact Bola at baribidesi@cscs-ny.org or 212-398-6565, ext. 233.

3. Participate actively on committees and coalitions focused on elder abuse and domestic violence. Bobbie and Bola are building collaborations and leveraging their advocacy expertise to bring about systemic change. One specific example includes their work on committees exploring options for state legislation to create a more seamless process for banks reporting and disclosing information regarding suspected financial elder abuse.

4. Partner with the New York Police Department (NYPD) to provide elder abuse training for officers and improve the NYPD’s reporting of elder abuse. The needs assessment showed the need for more training in this area, CSCS will work in collaboration with others to facilitate and bridge this gap.

Bola and Bobbie are passionate about bringing their advocacy expertise to the elder justice field. They are committed to continuing the partnerships they’ve built and helping to move the elder justice movement forward. Bobbie highlighted that they could not continue this work without partnering with professionals who are working directly with elder abuse victims. Bobbie has said, “We cannot do this alone – in fact, the core of our work, as you see, is to work closely with the experts.”

For more information about CSCS’s work, visit their website at http://cscs-ny.org/.