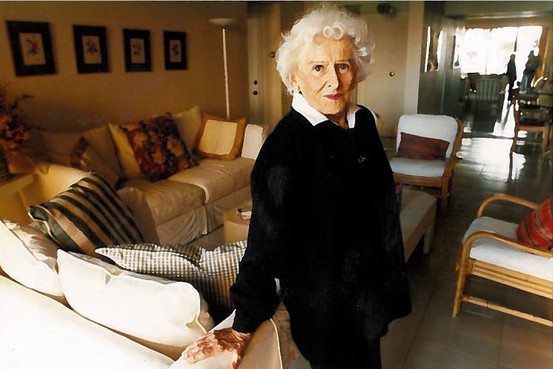 The Irene Diamond Fund’s decision to endow this program represents an enlightened approach to catalyzing awareness of and responses to what demographics suggest will be one of the most profound and far-reaching human rights issues in 21st century America. It demonstrates the Irene Diamond Fund’s continuing dedication and forward-thinking approach to humanistic principles of equality and social justice.

Elder abuse, neglect and exploitation is one of the least understood frontiers in human rights. Millions of older persons are abused every year. Current estimates are the tip of the iceberg; in NYS, only 1 in 24 cases are reported. Services, research, and funding for elder abuse lag decades behind child abuse and domestic violence.

The Irene Diamond Fund’s impactful gift will allow Weill Cornell Medical College’s Division of Geriatrics to develop  The Irene Diamond Initiative for Elder Health and Justice, a transformative, visionary program that will touch the lives of thousands of the most vulnerable older New Yorkers. The  initiative has both institutional and community components, including funding NYCEAC to implement multidisciplinary teams in all of the boroughs and will enable Weill Cornell’s Division of Geriatrics to continue to apply and augment their renowned and innovated expertise in the field of clinical geriatrics to the field of elder abuse.

Weill Cornell Medical College’s Division of Geriatrics and Palliative Medicine and the NYC Elder Abuse Center are grateful to the Irene Diamond Fund for their support and commend them on their vanguard approach towards promoting human rights and civil justice for the elderly. In a statement issues following the announcement of the gift, Risa Breckman, LCSW, the Executive Director of NYCEAC, acknowledged the significance of the gift:

“Elder justice is fundamentally a human rights issue, with freedom from fear and personal safety at its core. With this extraordinary gift from the Irene Diamond Fund – and with Irene Diamond serving as a source of inspiration – we can help restore health and security to victimized older adults in NYC, prevent abuse from happening to others and advance the cause of elder justice nationwide.”

Dr. Mark Lachs, Co-chief of the Division of Geriatrics and Palliative Medicine at the Weill Cornell Medical College, and Medical Director of NYCEAC remarked: ”As a geriatrician and researcher in the field of elder abuse for over 25 years, The Irene Diamond Fund’s gift is the most significant philanthropic event that I have seen in the field of elder abuse treatment and prevention. With this gift the directors of the Fund are saying that the lives of all older adults matter and that we can and must effectively respond to the pain caused by others and work to prevent it.”