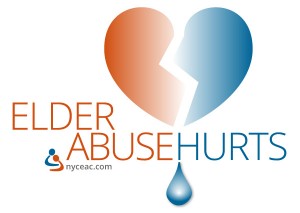 This blog spotlights Leanne Miller, an elder justice advocate and Ageless Alliance volunteer who was touched by elder abuse when her mother who has dementia was financially exploited by a family member. Leanne worked diligently to expose and end the abuse her mother faced as well as pursue justice through prosecution. After living through this incredibly traumatic and painful experience, she developed a passion for raising awareness of elder abuse and using her story to help others.

Leanne felt a calling to connect with others in the elder justice movement and/or touched by elder abuse and found healing in the process. She carries on her parents’ legacy by engaging in the work and demonstrating the strength they always displayed. She researched elder abuse and engaged with elder justice professionals on Facebook, LinkedIn and Twitter. Her goal was to learn more about the issue and engage in an open discussion that would help others affected by elder abuse.

Her efforts were met with many responses from professionals who helped her by providing resources and information. Leanne remained steadfast with her outreach and eventually ventured into LinkedIn and other discussion groups. Over time, she built a strong online presence and fostered relationships professionals in the field. 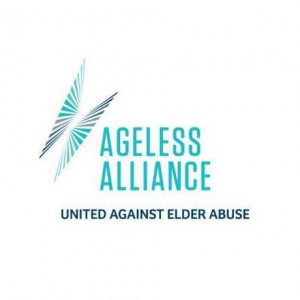 As a result, she connected with leaders and staff members from several elder justice focused organizations. Leanne was contacted by Kerry Burnight, PhD who serves as CEO of Ageless Alliance, 1 a national, non-profit grassroots organization working to promote aging with dignity and eliminate elder abuse, neglect, and exploitation. Dr. Burnight asked Leanne to serve as a volunteer by leading Ageless Alliance’s social media efforts. Leanne was excited by the opportunity to further collaborate with others in the field as well as reach a wide audience of people across the United States.

“Day after day, Leanne helps others and honors her parents. Her dedication to the dignity and safety of older Americans is heroic and Ageless Alliance is deeply indebted to her.”                         –Kerry Burnight, PhD

Leanne has made many important contributions to the movement and her ongoing commitment is incredibly inspiring to many. Through her Ageless Alliance work and generally, she is focused on raising awareness of elder abuse, impacting elder justice policies and one day participating in the creation of a large public service announcement.

We thank Leanne for her dedication to the elder justice movement and for sharing her story to help others.