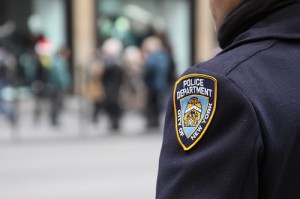 Mr. Smith was 78 years old, frail and in weak condition, diagnosed with Alzheimer’s Disease and sometimes displayed violent behavior towards his wife of many years, Mrs. Smith, who was also 78 years old. One night, as was often the case, Mr. Smith got up at 2:00am, was unable to sleep, decided to watch television and became increasingly agitated and confused. Mrs. Smith was unable to sleep because the television volume was so loud. She asked him to lower it and, as a result, his anger and frustration exploded.  Mr. Smith pushed Mrs. Smith to the floor and began kicking her.  Mrs. Smith feared that her hip was broken and saw extensive red marks and bleeding on various parts of her body so she called 911. When the Domestic Violence Officers arrived, they saw her bad injuries, she stated that her husband had kicked her and she needed help.  It was clear to the officers that Mr. Smith was angry because of his aggressive gestures, menacing glares and raised fists and threats toward Mrs. Smith.

This case example adapts a case seen by staff members from The Harry and Jeanette Weinberg Center for Elder Abuse Prevention. (Identifying information and case facts have been revised to protect confidentiality)

In this case, Domestic Violence (DV) Officers are responding to a domestic violence case involving elder abuse, which underscores the need to: 1) raise awareness of elder abuse issues among DV Officers and 2) foster strong partnerships between DV Officers and elder justice professionals.

In NYC, police officers within precincts receiving specialized training in domestic violence issues are known as DV Police Officers. They encounter unpredictable and dangerous situations and have the skills and training to ensure victims’ safety as well as their own. They visit the homes of victims, provide referrals to court, counseling services and shelter alternatives and help in obtaining orders of protection and providing safety planning.  It is helpful when DV Officers respond to elder abuse cases and/or cases are rerouted to DV Officers because they are attune to some of the unique issues involved in elder abuse cases.

The purpose of this blog is the highlight the work that DV Officers are doing and raise awareness of the ways that elder justice professionals and police officers can strengthen their relationships and provide better coordinated responses to elder abuse cases.

Mr. and Mrs. Smith’s case example, although fictitious, is a common type of case to which DV Officers respond. Based on the fact that the Officers were able obtain a statement from Mrs. Smith and see her injuries, Mr. Smith was arrested and taken into custody; however, because of his erratic behavior, he was taken to a hospital for assessment and psychiatric evaluation.  Mrs. Smith was also taken to the hospital and connected with services so she was supported in making decisions about next steps.

1)  Visit your local precinct and request to meet with a DV police officer to introduce yourself, your organization and provide concrete information about services offered by your elder abuse program(s).

2) Become familiar with the high propensity list at your local precinct and understand the pathway for referring cases to the list. This list is maintained by DV Officers and consists of cases where a past crime has been committed and ongoing DV Officer monitoring and oversight is needed.

3) When calling a Police Department to report a crime, it is important to provide officers/dispatchers with as much information  (such as type and frequency of abuse, whether or not the victim lives with their abuser, medical issues the victim may be experiencing, cognitive status of the victim and whether or not the victim has social supports) as possible. The more information police officers have, they are better able to determine the needed next steps and refer appropriate cases to DV Officers.

4) If there is ever concern expressed by officers around there not being enough proof of a crime needed for a report to be taken, request to speak with a supervisor or captain within the precinct. 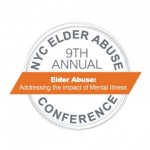 Over the past 7 years, I (Cara) have attended several aging and elder abuse related conference sessions and have never walked into a room and seen uniformed police officers seated at a table with aging service providers. This was a rare and exciting sight to see! The session generated excellent discussions and resulted in consensus that more education is needed on both the parts of DV Officers as well as elder justice professionals.

1) Elder justice professionals to better understand police practices and have further knowledge about how to work effectively with DV Officers;

2) Heightened awareness on the part of DV Officers’ around services available to victims through the aging network; and

Click here to view information and resources on law enforcement and elder justice compiled by the National Center on Elder Abuse.  Click here for more information about a federal training initiative geared towards providing training to professionals (including front line law enforcement officers and detectives) on elder abuse to create or enhance a coordinated community response team and provide victim services.

DV Officers serve as an important link to elder abuse cases and therefore we need to continue fostering ways to partner together. It is crucial that law enforcement officers and social services agencies work together to protect older adults and prevent abuse.

One Response to Fostering a Dialogue & Working Together: Elder Justice Professionals & Police Officers