Lesbian, gay, bisexual and transgender (LGBT) older adults have increased risks for abuse because, as older adults, they experience the same risks of abuse as any other older adult. Homophobia, however, is an added factor that increases their vulnerability. The purpose this blog is to heighten awareness and shine a light on research findings that address the unique needs and experiences of LGBT elder abuse victims. This is also a timely issue because New York State has added questions to the Uniform Assessment tool for long-term care planning.

According to Services and Advocacy for GLBT Elders (SAGE) and the National Center on Elder Abuse, an estimated 1.5 million Americans age 65 or older identify as LGBT. The National Gay and Lesbian Task Force estimates that this number could actually be as high as 3 million and will more than double in the next 25 years. This population  faces an increased threat of discrimination and abuse due to the ways in which others perceive their sexual orientation, gender identity and/or presentation. Negative beliefs can lead to abusive acts. Indeed, 65% of older adults who identify as LGBT have reported that they have been victimized due to their sexual orientation and 29% have been physically attacked.

In a national survey of 3,500 LGBT older adults age 55 and older, 8.3% reported being abused and neglected by a caretaker because of homophobia, which is defined as negative attitudes and feelings towards homosexuality. In addition, 8.9% reported that they experienced blackmail or financial exploitation. 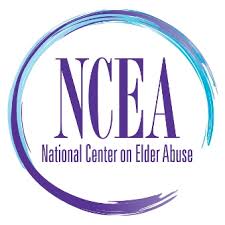 Older LGBT adults face significant risk factors for elder abuse, including social isolation. They are also at risk because of homophobia and transphobia, which can be  experienced externally (when others around older adults perpetuate negative stereotypes) and/or internally (when individuals who identify as LGBT perpetuate negative stereotypes and beliefs towards themselves). As a result, individuals experiencing abuse may be less likely to seek help and support.

A number of resources and regulations have been enacted to ensure that older LGBT adults are treated fairly and without prejudice. For example, in 2010, President Barack Obama ordered hospitals receiving Medicare or Medicaid funds (which covers most hospitals in the United States) to respect the right of patients to choose who visits them during an inpatient hospitalization. He also directed the Department of Health and Human Services to ensure that rights about medical decisions of LGBT patients are respected. Older LGBT adults in long-term care also face unique challenges. Long-term care staff, because of homophobia, may exhibit prejudice or hostility by denying an LGBT elder’s visitors, refusing to allow same-sex couples to share rooms, refusing to place transgender adults in facilities that match their gender identity, as well as preventing partners from participating fully in decisions about medical care. Most recently, in New York, the Health Department recently added questions that are inclusive of LGBT older adults in their Uniform Assessment System for long-term care facilities, based on recommendations from SAGE.

“The New York State Department of Health has taken a visionary, important step towards making sure that LGBT older people throughout New York are properly assessed in the Medicaid long-term care system, and in turn receive the best, patient-centered care possible,” said Michael Adams, Executive Director of SAGE in a news release. The New York State Office for the Aging has taken similar steps. These state agencies “are modeling what it means to improve the long-term care of LGBT older people through proper data collection and intake assessment,” said Robert Espinoza, Senior Director, Public Policy and Communications, of SAGE in a news release. “It’s an approach that will serve to inspire and inform similar efforts throughout the country so that LGBT elders living in other states can receive the high-quality, patient-centered care they deserve.” Groups like SAGE say that efforts by state agencies in New York to document the needs of older LGBT people are good models for addressing some of the barriers and health disparities often faced by the LGBT population, and could potentially improve the coordination of care and service delivery by evaluating individual health status, needs and preferences.

Do you have resources, case studies or best practices for professionals who work with LGBT elders? If so, we’d like to feature them. Please share resources of which you are aware by commenting at the end of this blog.