Elder Abuse: An Overlooked Theme in “The Trip to Bountiful” 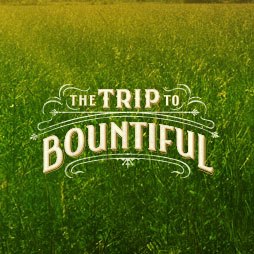 Ms. Cicely Tyson won the 2013 Tony Award for Best Lead Actress in a Play for her role as Mrs. Carrie Watts in “The Trip to Bountiful,” currently on Broadway. Written by Horton Foote, the play is set in the 1940s and follows the adventures of an elderly woman, Mrs. Carrie Watts, longing to return to her small hometown in Bountiful, Texas. Themes of elder abuse and ageism are portrayed throughout this powerful play. Not discussed elsewhere in any review or analysis of the play appearing online, these serious issues are examined here.

Mrs. Watts’ son Ludie Watts (Cuba Gooding Jr.) and his wife Jessie Mae Watts (Vanessa Williams) forbid her from making the journey alone from their home in Houston to Bountiful because they believe she is too old and frail to travel solo. Ludie and Jessie Mae also believe themselves to be too busy to escort Mrs. Watts to Bountiful. Jessie Mae paints Mrs. Watts’ desire to visit Bountiful as another symptom of her old age shackling her to the past. Jessie Mae’s demeaning and demanding attitude towards her mother-in-law exacerbates Mrs. Watts’ longing for the comfort and independence of her former life. Determined to get to Bountiful, Mrs. Watts sneaks away to the bus station while Ludie and Jessie Mae are out and uses her pension check to buy a ticket to Bountiful. While on the bus, Mrs. Watts encounters a young woman, Thelma (Adepero Oduye) whose kindness and companionship remind her of the joy of her youth, which she longs for but no longer has in her life. With the help of the local sheriff, Ludie and Jessie Mae are able to retrieve Mrs. Watts, but not until she has made it all the way to Bountiful. Bountiful is not as she remembers it: homes are abandoned and dilapidated and the once fruitful farmland has succumbed to encroaching swamp. In spite of this, the opportunity to experience the sights, sounds and smells of her past rejuvenate and soothe Mrs. Watts. In this Broadway production directed by Michael Wilson, it is with a decidedly happier heart that Mrs. Watts heads back to Houston with Ludie and Jessie Mae.

The play carries a comedic tone throughout all of these events. Mrs. Watts evades her son and his earnest efforts to retrieve her in a manner evocative of a cat and mouse cartoon. However, if one takes a step back and considers the circumstances from Mrs. Watts’ perspective, the situation becomes decidedly less humorous. The suffocating conditions under which Ms. Watts must live constitute elder abuse. Not only is her dream of returning to Bountiful dismissed as a waste of time, but Mrs. Watts is also continuously belittled and restricted by Jessie Mae. Mrs. Watts is yelled at for singing hymns, a pastime that brings her great joy, and moments later is interrogated about the arrival of her monthly government check, which Jessie Mae plans to spend largely on herself. Insults and accusations are flung at Mrs. Watts, often on the topic of her old age: she’s too forgetful, she doesn’t appreciate new music, she ought to move more carefully, she’s too stubborn because she’s old and so on. While Ludie does not appear to endorse Jessie Mae’s opinions of his mother, and is clearly torn over his allegiances, he fails to effectively intervene and protect his mother. 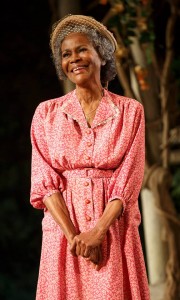 Cicely Tyson’s Tony Award-winning performance effectively portrays the emotional toll of the elder abuse experience. Jessie Mae and Ludie project consistently ageist attitudes towards Mrs. Watts and infantilize her, deeming her “too old” to behave as she pleases. They fail to appreciate her as a complete person with experiences of loss, love, wisdom and dreams cultivated over time and demonstrate short-tempered impatience towards her nostalgia. As she moves farther away from the physical and emotional confines of her Houston apartment, Mrs. Watts literally stands taller, smiles brighter and sings louder. Her courage is inspirational. During the matinee show the authors attended in July, the audience’s pleasure in her success when she reaches Bountiful was palpable; audience members broke into song with Mrs. Watts and a quick look around the theatre revealed faces sporting wide grins.

All of this – the story, Ms. Tyson’s performance, and the audience’s reaction – is even more heartening from the perspective of the elder justice field. As is often the case, the events of this play are not typically described or reviewed in terms that include the label of “elder abuse” despite the clear harm that Mrs. Watts experiences. However, the cast and crew’s phenomenal performance ensures that the audience is confronted with the pain of elder abuse as an outcome of strained and complicated familial relationships. The Watts family’s struggles between competing needs and personalities fueled by loss and love across generations are immediately believable, and they lack the sensationalism of the types of elder abuse cases most often seen in the media. Exposing audiences and media to such a compelling instance of the far too common, more insidious forms of elder abuse and the crippling effects of ageism can only help to further the national conversation about elder justice.

Please note: The writers attended the July 18th, 2013 performance of “The Trip to Bountiful” and some cast members may have changed since this time.