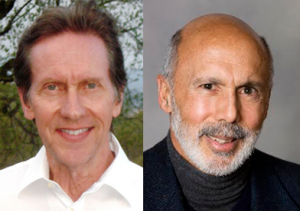 The NYC Elder Abuse Center (NYCEAC) welcomes William Henry and Frank Johns, JD, LLM, CELA, CAP as first time Elder Justice Dispatch guest bloggers! Together, Mr. Henry and Mr. Johns have written and published a novel on elder exploitation, family caregiving and related issues entitled, “The Crown of Life Society.” Mr. Henry is a long-time professional writer who was drawn to the topics of caregiving, senior financial exploitation and other related issues as the result of personal experience. Frank Johns is a practicing lawyer whose extensive work in elder law includes litigation on  fiduciary wrongdoing and elder abuse, exploitation and injury.

In this blog, Mr. Henry and Mr. Johns describe a durable power of attorney as an alternative to guardianship or conservatorship for older adults and point to warning signs that professionals, family members and older adults can look for in an effort to prevent or detect exploitation.

Granting authority under a durable power of attorney (DPOA) to an elder’s trusted family member or friend can be a far better alternative than judicial intervention in the form of guardianship or conservatorship. However, it is important to have proper oversight as a part of the DPOA. It is when such oversight is lacking that the DPOA has earned a reputation as a “license to steal.”

Most DPOAs created by elders appoint a family member as the attorney-in-fact (agent). Because an elder sometimes is more trusting of the family member, the elder often waives the statutory requirements that the agent provide inventories and accountings of assets to the proper judicial authorities, or someone other than the agent — possibly a spouse, child, close friend or relative, attorney, accountant or to the elder himself/herself.

Consumer groups, professionals of all kinds, and online document providers should warn elders that such oversight requirements protect the elder (the principal) against theft or fraud — even when the risk to the elder seems remote. It should be explained that, although there is some work involved by the agent, protection of the elder’s assets outweighs other considerations. Furthermore, elders should be taught about warning signs that indicate a situation where a family member serving as an agent might take advantage of DPOA authority. Situations that may result in warning signs include: conflict among family members, debt problems, addiction and chronic unemployment.

It is extremely important that attorneys speak privately with elders so they have the opportunity to share about abuse that could be happening. Elders are not likely to discuss this when accompanied by the agent who is perpetuating the abuse. In addition, the elder should be told of any state statutes pertaining to financial exploitation by agents, and emphasize that law enforcement can become involved if someone abuses his or her fiduciary responsibilities as agents.

Unfortunately, there is a don’t-ask-don’t-tell mentality among many consumer groups, professionals and online document providers (this includes financial advisors, health care professionals and others advising or treating elders). The elder may say, “That sounds like a lot of work for my (daughter, for example), and she’s very busy with her job and her kids.” The attorney’s response is likely to be, “Well, you can waive the accounting requirements if that would make it easier on everybody.” That’s a mistake — the easy way out often is.

Responsibilities of the conscientious agent go beyond making decisions in the elder’s interest and providing an accounting as described above. He or she also must be vigilant against efforts by third parties to exploit the elder. In most cases, families are at a disadvantage against professional criminals or skillful opportunists who know how to gain an elder’s trust and steal assets. Professionals advising elders and their families are usually in the best position to provide helpful, preventive guidance. For example, they should encourage those who are agents to receive duplicates of the elder’s financial statements and bills, or view them online.

A few things to watch for:

If the agent lives close to the elder, it might be wise to have the elder’s mail go to a post office box, where the agent can pick it up. Sometimes exploiters have intercepted the mail, then changed the address for bank and credit card statements, so the exploiter receives the statements and the elder and his/her family never see overdrafts, unauthorized credit card expenditures, etc.

When the elder is hesitant to answer questions about financial transactions, the agent (and any other concerned family member) should dig deep to find out why. If elders know someone has taken advantage of them, they might be reluctant to report it. They don’t want family members to think they are naïve, or vulnerable. They might think that would force them to be put into assisted living or a nursing home. Perhaps they want to protect a relative, because they love his or her parents. It could be any of these things, and more. Allow enough time to peel that onion.

For the elder who does not have a DPOA, the subject can be brought up as part of a broader discussion about estate planning. (And the time to have that discussion is while the elder still has the mental ability to make important decisions.) Estate planning, with the help of an attorney specializing in elder law, includes strategies to make sure the elder’s assets will be distributed according to the elder’s wishes, as expressed to the family in official documents. For example, creating and funding an irrevocable trust can shield the assets in the trust from the effects of a changed will. Periodically, it should be suggested to the elder, “Let’s review your estate documents, and see if you need to change anything. By the way, have you changed anything?”

William Henry and Frank Johns are coauthors of The Crown of Life Society, a novel on elder exploitation and family caregiving. Details are at www.crownoflifesociety.com and www.facebook.com/crownoflifesociety. Follow them on Twitter: @henryandjohns.

William Henry has been a professional writer for more than 40 years. He has been a reporter for two daily newspapers in North Carolina, director of public affairs for a national construction trade association based in Washington, DC, and currently is executive director of an association that provides insurance and risk management services for volunteer-based nonprofit organizations nationwide. He became interested in issues involving exploitation of elders, and the dynamics of family caregiving, following an incident in his own family, which he wrote about for The Washington Post. William lives in Leesburg, VA.

Frank Johns, JD, LLM, CELA, CAP is a nationally recognized legal authority in elder law, guardianship, special education and disability rights, special needs and special needs trusts, and legal ethics. He litigates issues in elder law with a focus on fiduciary wrongdoing and elder abuse, exploitation and injury. A charter partner of Booth Harrington & Johns of NC, PLLC, with offices in Greensboro and Charlotte, Frank also is past President of the National Academy of Elder Law Attorneys (NAELA), charter chair of the North Carolina Bar Association Elder Law Section, and a charter board member of the National Guardianship Association. He also chairs the advisory committee of the Masters of Gerontology/MBA dual degree program at the University of North Carolina at Greensboro, where he is a visiting associate professor.