A NYC Housing Court judge recently  found in favor of an older adult who was being abused by, and lived in fear of his immediate family members (Housing Court Huggins v. Randolph). Kings County Judge, Susan F. Avery, JHC based a significant portion of her findings on the rights of older adults to live with respect and dignity, and pointed to the hidden nature of elder abuse, emphasizing that the protection of older adults from abuse and exploitation is a matter of significant public concern. 1

This court finding represents a groundbreaking development for the elder justice movement both because of Judge Avery’s attention to the severity of elder abuse and because the case sets a legal precedent that paves the way for older adults who are abused in their living situations to find recourse through the justice system.

Norris Huggins, a 72-year-old man, was abused by his son Julian Randolph, who, along with his girlfriend Ashley Richmond and two children, lived with Mr. Huggins in his apartment. Mr. Huggins said that his son “threatened his health and safety, forced him to sign a power of attorney, and took other steps to put him in fear.” This abuse drove him to move out of his apartment. 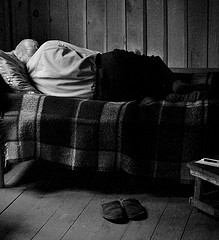 Judge Avery upheld the eviction, explaining that the absence of an immediate threat does not equate to safety. She supported her ruling by highlighting Mr. Huggins’ elder abuse allegations and his right to be safe and free from abuse, which includes the right to have control over his home and who was in it.

This decision directly connects with a core value of elder justice, which is to provide older adults with the support they need to live with dignity, self-determination, and well-being, free from abuse and neglect.

Judge Avery’s reasoning and reference to elder abuse as a public policy concern illustrates ways elder abuse can fit into legal decisions when a direct law is not provided. Her discussion of elder abuse during court proceedings, which included defining the different types and referencing elder abuse social-service providers, displays advocacy and understanding of the complexity of elder abuse issues. In addition, the case establishes case law that can be used by other legal professionals working with older adults who are trying to evict housemates who cause them fear.

As illustrated by this case, older adults may need help evicting an abusive or threatening roommate (loved one or a stranger) as was explained by Alexander Ryley, director of the Elderly Project for Volunteers of Legal Service, in his recent blog post. If you are working with clients in need, there are resources available through JASA’s Legal, Social Work, Elder Abuse Program (LEAP) 2 and MFY Legal Services 3.

Do you know of additional resources not listed in this blog? We want to hear from you!  If you have any thoughts, opinions, or questions about this case please comment below.