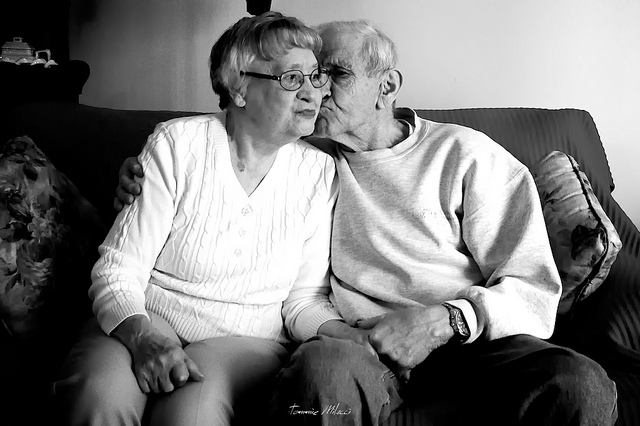 We Are Family: When Elder Abuse, Neglect, and Financial Exploitation Hit Home is a poignant case study with significant pedagogic value published in the Fall 2012 issue of the American Society on Aging’s quarterly journal, Generations, and on their AgeBlog. We are summarizing this case on our blog because we think it is that important. The story, compellingly and clearly told, illustrates the complexity of elder abuse cases and highlights the critical need for a coordinated response.

We thank Jeannie Jennings Beidler, the author of the blog, for her heroic efforts on behalf of her grandparents and for courageously sharing the details of this personal family story so that we all can learn from it and thus protect other elders from experiencing a similar fate.

Jeannie Jennings Beidler advocated relentlessly for an intervention to stop the elder abuse that was happening to her grandparents. She begins the blog by reminding us that older adults are most commonly at risk of being abused by a family member. This heartbreaking reality is exemplified in her story that starts with her learning that her grandparents were being financially exploited and neglected by her unemployed, alcoholic uncle living with her grandparents. Ms. Beidler made several attempts to bring attention to her grandparents’ poor living conditions and was able to get them hospitalized, only to see them released again into a hostile, unsanitary environment.

Ms. Beidler says, “My grandfather passed away four months after the intervention and my grandmother joined him eleven months later. Though a tragic story, I find great peace in knowing that they were well cared for and happy during their final months of life. This was my life’s most challenging and demanding period, but it was also the most meaningful. I will forever cherish my memories of my grandparents.”

Robin Roberts, the NYC Elder Abuse Center’s Multidisciplinary Team Coordinator, views this case as an example of how victimized older adults can fall through the cracks of a fragmented response system reacting to abuse in an unsystematic fashion without accountability. A systematic approach, such as that offered by multidisciplinary teams (MDTs), would have increased the likelihood of agency collaboration and accountability and brought about a swifter intervention for Ms. Beidler’s grandparents.

During MDT meetings, all of the systems, organizations and professionals needing to be involved in a case work together over time to develop and implement a comprehensive plan for elder abuse victims and their families. In addition to helping victims, the process of working together creates accountability and helps foster trust among agencies.

The NYC Elder Abuse Center addresses cases like those of Ms. Beidler’s grandparents through MDTs and case consultation services.  We would love to hear how other communities are furthering this work. How can we improve our elder justice system to guarantee the safety of those most vulnerable to abuse and ensure justice for its victims? Please post your responses here! We look forward to hearing from you.