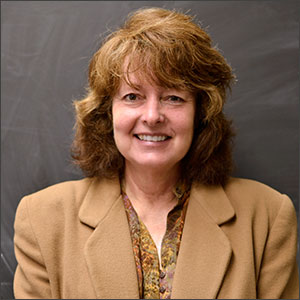 Pamela B. Teaster, Ph.D. is a Professor in the Department of Health Behavior and Director of Doctoral Studies in the College of Public Health at the University of Kentucky. Dr. Teaster is involved in a myriad of additional organizations related to elder justice, public guardianship and public health, including the Kentucky Justice Center for Elders and Vulnerable Adults, which she directs. Dr. Teaster’s contributions to academic elder justice are tremendous; she has published extensively on elder sexual abuse as well as all other forms of elder abuse and exploitation, the role of multidisciplinary teams in elder abuse cases, public guardianship, public policy related to elder abuse and guardianship, the ethics of elder mistreatment and more. Her research, as well as her teaching and mentoring, have inspired numerous awards. Dr. Teaster is often sought as an expert in the field and has presented on elder abuse to groups across the country, including federal officials in Washington DC.

NYCEAC’s Sarah Dion recently sat down with Pam to talk about her career and her vision for the future of the elder justice field.

How did you get involved in the fields of elder justice and elder abuse?

I came to elder abuse from public guardianship, which was the topic of research for my Ph.D. While I was working on the Ph.D., I was asked by one of my committee members to be involved in a listening session for the White House Conference on Aging. I helped facilitate a White House Conference on Aging discussion in a little town called, Wytheville, Virginia and was scared to death because I remember talking to one of my mentors, Willliam (Jim) McCauley, and I said, “Jim, I don’t know anything about elder abuse.” And he remarks, “You’re getting a PhD. Why don’t you read about it?” So I really did read a lot. That was my first brush with elder abuse. The second brush was when my mother told me about an older woman in our church in my hometown who was sexually assaulted in her home. That happened while I was working on my PhD as well, and I swore I’d do something about it, but I didn’t know what that meant at the time I said it.

Had you done any work related to guardianship and elder abuse prior to your PhD?

My undergraduate degree was in English, and my Masters was in Speech and Theatre. I wasn’t thinking anything about guardianship or elder abuse; I was thinking about being a high school drama teacher, which is what I was at the time.

I moved into the area of elder abuse in a fairly facile way from having done the guardianship work during my PhD. Guardianship is a very limited area in terms of funding, and it’s a very narrow area to have as a research agenda. Elder abuse caught my attention because it really involves a lot of the same actors: physicians, psychologists, lawyers, ethicists, gerontologists, administrators and public policy.  They all are intertwined.

It’s common to hear that elder abuse is 40 years behind child abuse and 20 behind domestic violence. What do you hope the field of elder abuse accomplishes in the next 5-10 years?

It’d be nice not to say that anymore! Many fine folks are doing even better science now because there’s money to do it, and the field is more legitimate. There actually are more people working in elder abuse now than ever before. To catch up, the field needs more rigorous work and evidence-based practice. More specifically, the field needs more research on:

What’s your elevator pitch for young professionals considering a career in elder justice?

If you look at the demographics of mistreatment, adult abuse falls into the big public health problem of adults and older adults, and it’s the most unexplored of the issues facing those populations. You have greater latitude for exploration because it hasn’t been done yet. Early on when I was a new professor, I hand-picked what I wanted to look at because everything needed attention. I found that very exciting. I think you still could have that range because there’s still so much to be done.

What are some of your favorite books about aging?

My top three gerontology-related books are:

The first two are books that I love as a gerontologist. The last is about the ethics of care, and while it isn’t exactly “gero,” it’s important to my work and teaching in ethics.

Where do you anticipate elder abuse work taking you in 2014?

There are several things I want to explore:

I hope to write on a few additional topics as well: