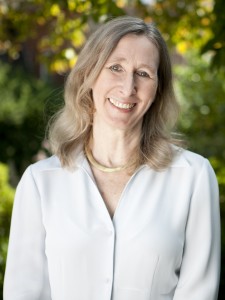 Marie-Therese (MT) Connolly began working on elder justice issues as a lawyer at the Department of Justice (DOJ). Since then, she has directed DOJ’s Elder Justice Initiative, crafted the Elder Justice Act, been a Fellow and Senior Scholar at the Woodrow Wilson International Center for Scholars, and worked with Risa Breckman, NYCEAC’s Executive Director, and others on the DOJ and Department of Health and Human Services-funded Elder Justice Roadmap Project. In recognition of her tremendous contributions to the field of elder justice, MT was awarded a MacArthur Genius Grant in 2011 to support her work going forward. With support from this prestigious grant’s $500,000 cash prize, MT is currently working on a book about elder abuse.

NYCEAC’s Sarah Dion recently sat down with MT to talk about her career and her vision for the future of the elder justice field.

How did you get involved in the fields of elder abuse and elder justice?

I started by heading what was then called the Nursing Home Initiative at DOJ. The Initiative was new and I was new to the issues, but in time, it became apparent to me that abuse and neglect in nursing homes was related to abuse and neglect at home and other settings. People were so scared of going to nursing homes that they’d stay at home in peril. The medical forensic issues also cut across settings. For example, regardless where a person lives, we need to know when a bruise, a fracture or a pressure sore is a sign of abuse or neglect versus when it’s not. So I expanded the initiative, and we renamed it the Elder Justice Initiative.

Had you done similar work prior to that?

I had worked in mental health. My mother was a psychiatrist, so I was exposed to that field early on. The big state hospital where my mom worked had a program for what they called “resident volunteers.” As part of that program I got free room and board on a general admission psychiatric ward in exchange for volunteer work. (My ward was in a different part of the hospital than where my mother worked.) Then in college I worked at a psychiatric halfway house and got a glimpse of community-based mental health. I had no prior experience in aging, though my mental health experience has relevance to my current work.

Your work, and that of many others, has been critical in the fight to move our response to elder abuse forward. However, it’s common to hear that elder abuse is 40 years behind child abuse and 20 years behind domestic violence. What do you hope the field of elder abuse accomplishes in the next 5-10 years?

I would like to see data that informs the public about how to prevent elder abuse in their lives and families and a strategic public awareness campaign to disseminate good prevention tips. I’d like to see data that tells us whether the interventions we use work, which ones work better than others, and how to define success in the interventions we use. I’d like to see us begin to calculate the economic cost of elder abuse, which appears to be a gargantuan drain on Medicare, Medicaid and private dollars. But we don’t have numbers. I’d like to see us reach some consensus (with the involvement of states, Information Technology people and programmatic and data experts, of course) about which uniform, national data points to use to collect data about elder abuse. And then we need a pilot. The child abuse field has collected data since the 1970s. We can do it too. I’d like to see better coordination at the federal, state and local levels, among disciplines, agencies, and fields. For example, we haven’t done a good job integrating elder abuse concerns into the aging, caregiving, mental health, consumer protection, and disability rights networks. And, of course, we need more resources across the board. I’d also like to see us take a more strategic approach to pretty much everything we do as a field and figure out how to develop a stronger political constituency for elder justice.

Speaking of the future, what’s your elevator pitch for young professionals considering a career in elder justice?

For a short ride: Elder justice is intellectually fascinating and offers huge potential for change, innovation and leadership, not to mention, it’s a growth industry and a team sport.

On a long elevator ride, I’d say first, as for innovation, the field is small enough that a smart, dedicated, ambitious person with good judgment can do pioneering work and be a big fish in a small pond pretty quickly. Also, it’s not easy but it’s not impossible to get money to do good work, as Weill Cornell Medical College has shown.

Second, elder abuse is a huge problem that causes untold suffering. I can’t think of another issue that affects as many people in this country where less is being done. So for anybody who wants work with meaning, it’s an interesting field with diverse opportunities to be a change-agent that are going to expand for decades.

The other cool thing is that the field is profoundly multidisciplinary. It’s good for anybody who is interested in lots of disciplines and the ways they intersect. You can’t help but bump into issues of law, social services, science, economics, social change, communications, health care delivery, research, data, and forensics. For better or worse, elder justice allows — or requires — exposure to more disciplines than almost any other issue I can think of.

One last question- what are your favorite books about aging?

My current favorite, Old Filth, is part of a trilogy by Jane Gardam who deserves more attention than she gets in this country. I’ve also recently gone back to Simone de Beauvoir’s The Coming of Age; it’s bleak but retains a lot of power.

Also, like love, aging and the end of life evoke great poetry. When I was recently visiting my amazing 92-year-old father, he recited to me, from memory, long passages from Tennyson’s “Ulysses” and Crossing the Bar, Wordsworth’s Ode: Intimations of Immortality, and The Rubaiyat of Omar Khayyam, including this stanza:

“The Moving Finger writes: and, having writ,
Moves on: nor all thy Piety nor Wit
Shall lure it back to cancel half a Line,
Nor all thy Tears wash out a Word of it.”

For more information about MT Connolly, please click here to view her biography featured on the MacArthur Foundation’s website.

The Elder Justice Dispatch’s “10-Minute Interviews” will appear periodically to highlight the work of thought leaders and innovators in the field of elder justice.

3 Responses to 10 Minutes with Marie-Therese Connolly