10 Minutes with Andy Mao: Coordinator of the Elder Justice Initiative at the US Department of Justice (DOJ) 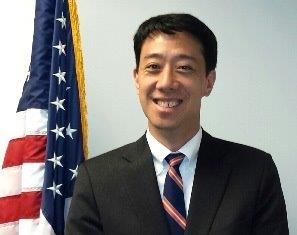 In this blog, NYCEAC talks with Andy Mao, Coordinator of  the Department of Justice’s Elder Justice Initiative, to chart the Initiative’s evolution, with a focus on one of Andy’s signature accomplishments there, the DOJ’s Elder Justice Website

What is DOJ’s Elder Justice Initiative and what is your role in it?

I credit Marie-Therese (MT) Connolly, the Elder Justice Initiative’s founder and first Coordinator, for introducing me to the elder justice field.  I was a trial attorney focused primarily on pharmaceutical fraud cases. When MT left the Justice Department in 2007, I assumed her position. The Elder Justice Initiative supports the Department’s law enforcement and policy efforts to combat elder abuse, neglect, and financial exploitation and fraud.  For instance, we coordinate and support DOJ’s investigations of nursing homes that allegedly have provided grossly substandard care to their Medicare and Medicaid residents.  We work closely with Assistant US Attorneys, federal law enforcement agencies, and Medicaid Fraud Control Units from around the country.  On the policy side, the Initiative works closely with the various DOJ components that work on elder abuse issues and also represents the Department in interagency efforts, like the Elder Justice Interagency Working Group.  As the Coordinator of the Initiative, I help to keep all the plates spinning, which is made much easier by the Initiative’s smart, talented and dedicated team.

What are the two or three most important things you’ve learned since becoming immersed in the field?

I’ve learned the critical importance of good peer-reviewed research and clinical evidence to informing policy and intervention efforts.  Where such research exists, concrete and credible steps can be taken to disseminate that information and build it into prevention or intervention protocols.  Where gaps in our base knowledge persist, our efforts are obviously compromised and less systemic.  I have also learned much about the power of individual dedication and perseverance.  At least from my vantage point, the progress experienced by the elder justice field over the past few years has been on the backs of a small group of dedicated individuals (including many at NYCEAC) who have worked tirelessly to give voice to the victims of elder abuse, neglect, and financial exploitation.  Given the daunting nature and complexity of the problems in the elder abuse arena, I’ve been deeply impressed by, and learned from, their perseverance.

How did the Department decide to develop the Elder Justice Website?

The Elder Justice Website was an outgrowth of a meeting the Department hosted in 2009 to explore the barriers to elder abuse prosecutions.  One of the barriers to prosecution is the lack of training and information for prosecutors and law enforcement.  While there were certainly some excellent live training programs – including notably the Enhanced Training and Services to End Abuse in Later Life Program supported by DOJ’s Office Against Violence Against Women – not everyone can attend the live training, and so we began exploring options for making more widely available the types of information and training prosecutors and law enforcement needed.  Over time, the Initiative has expanded the scope of the website to develop content for additional audiences, including elder abuse victims and their families, researchers, and other practitioners.

The Initiative has several goals for the Elder Justice Website.  First and foremost, we hope the website can assist elder abuse victims or their family caregivers or loved ones to quickly identify and locate nearby assistance, resources, or points of contact to law enforcement.  Second, for prosecutors and law enforcement, we hope the Elder Justice Website can be an active repository for training materials and resources.  Finally, we hope the website can raise public awareness about elder abuse, neglect, and exploitation, and empower individuals to better protect themselves and/or their loved ones.

Based on user feedback, we are substantially renovating the Elder Justice Website right now.  In addition to adding a significant amount of content – including more samples for prosecutors, more research articles, and training materials for victim specialists – we are working hard to improve the website’s functionality.  Our goal is to make the site as easy to use as possible and to connect users with the relevant information in the fewest clicks possible.

Has the growth in the field of elder justice meant a larger share of resources within DOJ?

The Department has been very supportive, particularly in the past few years, of the Elder Justice Initiative’s efforts, and we have initiated a number of exciting projects.  This includes an elder abuse-related application for law enforcement, a protocol for healthcare providers to better document elder abuse cases, and a video training series for elder abuse prosecutors.

How can people quickly find the Elder Justice website?

The Elder Justice Website can be accessed from the search box above the Action Center section on the DOJ homepage. When you search for a specific elder abuse-related topic using the main DOJ website’s search box you will be directed to the relevant elder justice pages. Or, click here to go to the Elder Justice Website directly – or access it via justice.gov/elderjustice. Once on the Initiative’s site, you’ll see a user-friendly navigation bar on the left-side with many subcategories.

The Elder Justice Dispatch’s “10-Minute Interviews” appear periodically to highlight the work of thought leaders and innovators in the field of elder justice.