We are thrilled to announce the third anniversary of NYCEAC’s Elder Justice Dispatch Blog. Keeping with the tradition we began two years ago, in order to celebrate, we have summarized a number of blogs from the past year and provide links to you for further reading. We have selected eleven from the nearly 40 stellar blogs published from July 2014-June 2015 that cover a wide range of elder justice issues – from intimacy in later life to court cases about elder abuse.

Advice from the Professionals: Responding to Elder Abuse

This blog, Quick Clips: Elder Abuse Dramatization with Expert Commentary, describes NYCEAC’s recently released Quick Clips, in which a wide array of elder justice professionals respond to an enactment of an elder abuse case. In brief, impactful video clips, the professionals provide meaningful advice about best practices and considerations based on their unique perspectives. When viewed collectively, the diversity of these professional responses illuminates the need for a multidisciplinary approach to manage elder abuse cases most effectively.

In Aggressive Behaviors & Dementia: Tips & Resources, co-authors Elizabeth Bloemen and Matt Kudish stress the importance of assessing why someone is behaving in a particular manner, rather than focusing on what the behavior is. Bloemen and Kudish provide several helpful tips that can be used by individuals caring for elders with dementia – a disorder characterized by aggressive behaviors among other neurodegenerative symptoms – as they are more likely to respond in abusive manners to the elder’s challenging behavior.

This blog, Lessons from the Astor Elder Abuse Case, discusses the experience of Philip Marshall, who advocated for his grandmother, Brooke Astor, when he found out that she was being abused by her son. Through an interview with Elizabeth Bloemen, NYCEAC’s Social Media Associate, Marshall elucidates several important lessons learned from the manner in which this case was managed; these lessons can be applied to other elder abuse cases. Marshall’s recommendations include educating families about the resources available when responding to elder abuse, as well as the concepts of capacity and guardianship.

As suggested by the title of this blog, Court Decision Sets Precedent & Raises Awareness of Elder Abuse, a recent court ruling has set an important precedent for victims of elder abuse seeking safety in their own homes. Kings County Judge, Susan F. Avery, JHC, ruled in favor of an elder abuse victim who was seeking to evict the girlfriend of his abusive son. The son had already left the home, but Judge Avery’s ruling sided with the victim and argued that the justice system must do more than simply remove an immediate threat from the victim’s residence in order to ensure the victim’s complete safety and right to self-determination. Additionally, Judge Avery’s ruling spoke at length about the significance of elder abuse as a public policy concern. This case is representative of the complicated role housing often plays in elder abuse cases, as well as the potential power of collaboration and elder justice advocacy across disciplines.

Should New York State Have a Mandatory Reporting Law? 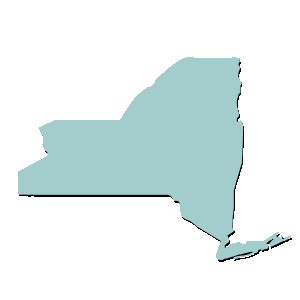 New York is the only state in the U.S. without a law that mandates a wide array of professionals to report community based elder abuse, neglect, and exploitation. Ryan Patrick Baker, NYCEAC 2014 Risk and Resiliency Internship Project Intern, and co-authors Risa Breckman and Bobbie Sackman, tackle this complicated topic in the blog, New York State Doesn’t Have Mandatory Reporting: Good, Bad or Something to Change?, and describe common arguments in favor of these laws, as well as some of their limitations. This information is highly relevant for anyone in NYS wanting to weigh-in on whether or not NYS should pursue passing a mandatory reporting law.

Intimacy and the Elderly

Guest blogger Nora Moran is interested in the intersection of age and gender, and how such identities impact older women. In this blog, Intimate Partner Violence or Elder Abuse? Considering Age, Gender and Elder Justice, she explores the way in which these particular elements of identity influence elder abuse and its interventions. She explains the distinctions between Intimate Partner Violence (IPV) in younger populations and IPV in older adults and the significant implications regarding the interventions and services to be administered. As such, collaboration between several disciplines is crucial in devising a safety plan and intervention for a victim of elder abuse, who is likely experiencing a combination of physical, intimate partner, and psychological abuse among other forms as well. 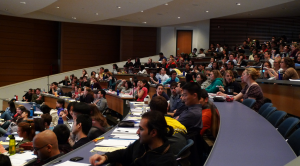 Universities and colleges should offer opportunities for students to learn about sexuality in later life. (Creative Commons)

In this blog, Let’s Talk About Sex and Older Adults: Educating Undergrads & Tackling Ageism, Zoe Eisenberg, NYCEAC 2014 Risk and Resiliency Project Intern, highlights the ageist nature of common beliefs about sexuality in later life. As Eisenberg explains, research has shown that while there currently limited opportunities for young adults to learn about sexuality in later life, those students that have been exposed to aging, sexuality, and gerontology have a more positive attitude toward sexuality in later life and toward aging in general. It is crucial to expand undergraduate education in this field, as  current college students will likely serve as advocates for the elderly population in the near future.

Positive Aging in the Media

NYCEAC 2014 Risk and Resiliency Project Intern Madeline Weinfeld uses the blog, Derek: Fighting Ageism Through Television, to reflect on, Derek, a TV series that highlights the value of older adults in society as well as the importance of inter-generational relationships. While TV shows like Derek have played an important role in raising awareness of the value of older adults, other forms of mainstream media perpetuate ageism by depicting a divide between different generations and by simply limiting society’s exposure to aging. As Weinfeld suggests, incorporating older adults into pop culture will enhance people’s perspective of the elderly and hopefully encourage them to direct more attention toward the issue of ageism.

Elder abuse is a problem with solutions. The blog, The Roadmap for Elder Justice: Priorities and Opportunities for the Field, discusses the Elder Justice Roadmap Report, which outlines these solutions. The Report, a strategic planning document, is the result of a three-year process of interviewing and engaging 750 elder justice stakeholders from around the country, including direct service providers, policy workers, and government officials. The Report calls us all to action to pursue elder justice. (The Report is a product of The Elder Justice Roadmap Project, an initiative funded by the US Department of Justice with support from the Department of Health and Human Services.)

In her blog, Bringing Unexpected Allies to the Fight Against Elder Abuse, Kathy Greenlee, Assistant Secretary for Aging at the U.S. Department of Health and Human Services and Administrator of the Administration for Community Living (ACL), discusses World Elder Abuse Awareness Day and emphasizes that we can all make a difference in the prevention and detection of and response to elder abuse by talking to each other and working together. “Unexpected allies,” as Greenlee refers to individuals outside of the elder justice discipline, can learn about the red flags of elder abuse and create safe spaces for elders to discuss their experiences.

We are eager to hear your thoughts on these blogs and other elder justice issues. Please leave a comment below!

This selection of blogs was first published in our September/October 2015 eNewsletter. To view the complete eNewsletter, please click here. This edition and all of our previous eNewsletters are archived and can be viewed here. To subscribe to the eNewsletter, click here.