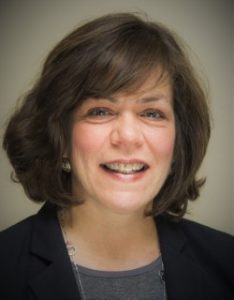 It’s hard enough to believe that millions of older adults in the US suffer some form of abuse, but even more incredible that elder abuse mental-health services are nearly nonexistent. “And yet,” says Professor Dr. Jo Anne Sirey with Weill Cornell Medicine Department of Psychiatry, “that is sadly the case.”

Sirey and Jackie Berman, PhD, Deputy Assistant Commissioner, Research, at the New York City Department for the Aging (DFTA), recently conducted a study and pilot program that showed that identification and intervention with a specific therapy called PST, or problem-solving therapy, significantly improved outcomes in the depressed population they studied. Their program, called PROTECT, screened elder adults at DFTA’s Elderly Crime Victims Resource Center and is the first program of its kind to bring an evidence-based psychotherapy to victims to improve both mental health and elder abuse outcomes. “By introducing routine screening for anxiety and depression we were able to document the very high rates of mental health needs in this population,” Sirey says. “Most victims endured – were still enduring – multiple forms of abuse – emotional, financial, and/or physical – and were living with their abusers.” 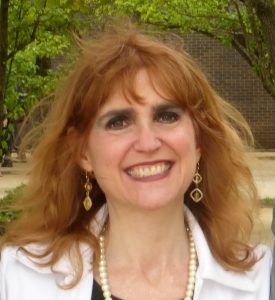 PROTECT stands for Providing Options to Elderly Clients Together. It was developed by a unique academic/community partnership and is designed to be implemented collaboratively by a team that has experience conducting community research and executing large-scale projects that demonstrate clinical impact. The study’s objectives were to document the mental health need, establish the feasibility of an intervention, and then demonstrate an impact on both mental health and elder abuse outcomes.

Sirey points out that PROTECT builds on routine screening for depression and anxiety to detect need: “This is critical as older adults are often underdiagnosed in non-mental health settings due to stigma.” The PROTECT intervention combines problem-solving with anxiety management techniques and offers education about the effect of depressive and anxious symptoms in general, as well as the potential impact symptoms may have on achieving resolution.

Problem Solving Therapy is a brief, psychosocial treatment for patients experiencing depression and distress related to inefficient problem-solving skills. The PST model instructs patients on problem identification, efficient problem solving, and managing associated depressive symptoms. The PROTECT pilot program delivered PST in eight sessions after a clinical evaluation, with at least the first session face-to-face. Each subsequent session was conducted using problem-solving worksheets completed either in person or over the telephone. For this pilot program, flexibility in delivery format (in person or via telephone) was provided to take into account the potentially unstable living situations of the victims, who often lived with their abusers.

Of the 315 clients screened to identify mental health needs, 34 percent had clinically significant anxiety or depression and 16 percent had suicide risk – the highest rate of mental health needs reported by any aging service population in NYC. To test PST against usual care, 68 elderly women were randomized to receive the treatment or the control, and of that group of 68, more than a third were suicidal.

The results were dramatic. PROTECT clients reported a 57 percent decrease in feelings of depression at follow-up, compared to a 37 percent decrease in the control referral group. A suicide risk of 36.2 percent was reduced to 3.7 percent at follow-up, whereas the control group had a 31.3 percent suicide risk with 12.6 percent at follow-up. As for elder abuse outcomes, 68 percent of the PROTECT group reported improvement at follow-up versus 50 percent of the referral group. They also felt that most or all needs were met, felt more effective in dealing with problems, and had higher rates of satisfaction than those who did not receive PROTECT.

In the most recent sample the results continued to be dramatic (N=30 with follow-up to date), there was a significant decrease in depression severity, and suicide risk plummeted from 36.6 percent to 6.8 percent from baseline to eight weeks. The results after 12 weeks were even more promising, with up to 80 percent of clients reporting no new incidents of abuse. Sirey and Berman theorize that the women’s greater feelings of agency and their improved competency in identifying and solving problems may have led to the reduction in abuse.

PROTECT was successful for staff as well, observed Berman. “The program resulted in sensitizing staff to the mental health needs of elder abuse victims. Staff members became more skillful at screening and were encouraged that there was a resource for referrals. They also felt the impact of victims receiving care and becoming more proactive in the work that the social workers were doing concerning their victimization. The mental health counselor became a vital member of the elder abuse team.” DFTA, she adds, is looking at ways to expand mental health services to elder abuse victims in the community and currently has two major mental health initiatives funded by the city’s ThriveNYC program. The agency is funding mental health services to be embedded in 25 senior centers throughout the city over the next two years.

Last summer, the PROTECT program garnered an award from the National Association of Area Agencies on Aging, the n4a award for Aging Innovations and Achievements, a distinction that Sirey and Berman hope will be helpful in obtaining funding to implement the program within organizations that help elder abuse victims. Such implementation would require in-depth training and certification of embedded mental health professionals or at least excellent collaborative relationships, Sirey points out: “This is a population facing significant challenges that needs a high-quality service.”

Sirey and her team are currently finishing a project funded by The Fan Fox & Leslie R. Samuels Foundation demonstrating the impact of PROTECT on a larger group of older adults. “Our outcomes to date mirror our pilot data,” she says.

By Marilyn Harris
Marilyn Harris is an independent writer and editor specializing in business, technology, legal, and social issues.