Elder Abuse: A Challenge to the Mental Health System

This article was written by Michael B. Friedman, MSW and Kerri Tavel, LCSW, and was previously published by Behavioral Health News in 2015. 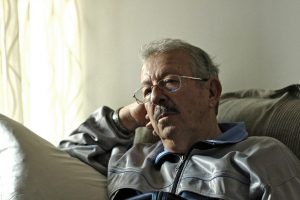 As the elder boom gathers momentum over the next 25 years, there will be more and more victims of elder abuse.

Let us rush to say that being a victim and putting up with abuse are not caused by mental illness. People often remain in abusive relationships because they are very frightened of doing something to protect themselves. Where will they live? How will they manage? Will they be alone? Will they be safe? What will happen to their abuser? Older adults especially are often ambivalent about their abuser, who may be a spouse/partner of many years, a loved son or daughter, a niece or nephew, a grandson or granddaughter for whom the victim feels responsible.

Why then does the mental health system have an important role in our society’s response to elder abuse? Simply stated, people with mental illness or developmental disabilities are at high risk of being victims. In addition, they are likely to suffer emotional consequences that are so serious that they contribute to premature disability and death.1

The National Elder Mistreatment Study estimates that about 10% of older adults in The United States experience mistreatment—roughly 5% neglect, 4.5% emotional abuse, 1.5% emotional abuse, and .5% sexual abuse with some overlap. In addition, about 5% experience financial exploitation.4 A meta-analysis of international studies of elder abuse estimates that nearly 16% of older adults experience mistreatment—over 11.5% psychological, nearly 7% financial, over 4% neglect, over 2.5% physical, and nearly 1% sexual also with some overlap.5

According to the Elder Justice Roadmap, about 2/3 of victims are women. Only 1 in every 24 cases is reported to authorities. Elder abuse triples risk of premature death and disability. And financial abuse results in significant societal economic losses because victims fall into poverty and need public assistance to survive.6

Treatment of Victims of Elder Abuse

Although some elder abuse cases can be handled routinely by medical personnel, Adult Protective Services (APS), and the criminal justice system, a great many cases are very difficult to handle. Medical personnel often can do no more than to treat physical wounds of abuse. When their patients refuse additional help from social workers (if they are available), all that they can do is to discharge and hope, make a referral to APS, or call the police.

Criminal justice interventions, which are often critical, are, unfortunately, blunt instruments in situations that call for subtlety.

The APS has limited capacity to intervene because caseloads are very large and workers are under great pressure to assess, refer, and close the case. Referral resources are very limited—few crisis centers, residential alternatives, or counseling services. Referrals to family service organizations that have clinical social workers seem to make sense. But because they usually are licensed and funded as mental health clinics, their capacity to intervene effectively is also limited. Too often referrals have to be made to nursing homes despite the fact that most victims of abuse want to remain in their own homes.

Westchester County is one of very few places in New York State and the nation that has a program to intervene in elder abuse cases that the APS cannot handle. The Elder Abuse Prevention Program of Family Service of Westchester is funded by New York State to provide essential counseling services in ways that are difficult for licensed mental health clinics. A clinical social worker (who is the co-author of this article) is able to go to the home of a person who is being abused and to spend as much time as necessary to listen and build trust with people who are very suspicious of those who offer help. Only then can they be engaged in developing a plan to protect themselves.

For example, Mr. and Mrs. L are in their late 60s. Both have developmental disabilities, but they have been married for nearly 50 years and until recently both worked and supported themselves. He had an accident eight years ago and suffered some brain damage. Since then he has been distrustful and short-tempered. Recently, Mrs. L. broke a hip and became unable to take care of the house as she always had. She needed help with all the basics and had home health aides assigned 4 hours a day. Her husband distrusted them, often would not let them into their house, frequently yelled at his wife, and sometimes hit her. APS was called in but Mrs. L. denied abuse. APS closed the case without action except to make a referral to Ms. Tavzel, who visited her at home within a few days. She found Mrs. L. was very frightened and very confused. Little that she said made sense. It took several hours of patient listening before Mrs. L was able to acknowledge how dangerous it was for her to remain at home with her husband and to agree to go to an emergency shelter that designed for victims of elder abuse.

The key in this case was being able to make a home visit rapidly and to spend hours with the victim. It was also very important that Ms. Tavzel resisted diagnosing her as psychotic, instead giving her time to calm down and regain coherence.

In another example, Mrs. S. is 68 and lives in a 2-story house with her husband, two sons, (one of whom is addicted to heroin), and a grandson. The addicted son dominated and terrorized the household. He stole money from his father, mother, and brother. To keep them all under control he had boarded up all the doors and windows on the first floor except for the front door, which he watched nearly all the time. One day Mrs. S jumped out of a window on the second floor to escape her son’s rage. She was injured and taken to a nearby hospital, where she was well-known from frequent visits to the emergency room with injuries they suspected to be from abuse. Fearful of what would happen to her family, she always had denied abuse and returned home. This time, however, her injuries were severe. She remained in the hospital and then went to rehab where Ms. Tavzel visited her repeatedly over the next month. Slowly she started to talk about the daily abuse and acknowledged that she was terrified. She felt that she was responsible for her son’s addiction and abusive behavior and believed that she had to protect everyone in the household including her abusive son. Eventually, she decided to report her son to the police. He was arrested and the rest of the family, with support and reassurance of local professionals, corroborated the report. The son is now in jail, and the family is safe.

The key to this case was having the time for frequent, lengthy visits to help the client understand that she was not at fault, that she could not save her abusive son, and that she needed to report him to the police to protect the victims in her family.

Lessons for the Mental Health System

Even though they do not illustrate the full range of elder abuse, these two cases give some sense of how difficult cases of elder abuse can be and that some need intervention of the kind that a skilled clinical social worker can provide—if they have time.

Particularly important are responding rapidly during times of crisis, spending considerable time with the victim in their homes or community settings to build trust and an alliance to overcome danger, resisting quick diagnoses that can result in confusing severe anxiety due to abuse with psychosis, and giving priority to safety rather than to treatment.

Unfortunately, licensed mental health clinics—which are often the only source of counseling—are usually very limited in what they can do to help victims of elder abuse.

Delayed start of treatment in clinics is in part due to insufficient staffing to respond to community need, but it is also embedded in an antiquated model of treatment that grew out of the early history of psychotherapy. Regulatory requirements are derived from the same model, a model built on the idea that the primary purpose of clinic treatment is to address a diagnosable mental illness and only incidentally to help someone change their lives so that they can be safe and productive.

Effective intervention with victims of elder abuse, therefore, calls for very substantial changes of the mental health system including: support for home visits, for rapid response, for lengthy and frequent visits in times of crisis, and for “treatment” goals that focus on safety and life satisfaction as well as the amelioration of diagnosable disorders that may be a consequence of abuse.

Achieving this requires changes in regulation, in funding methodology, and in the training of health, mental health, and social services professionals who come into contact with victims of elder abuse.

Even in the best of times, this would be difficult. In America’s current circumstances—with attacks on federal mental health funding such as repeal of the Affordable Care Act, conversion of Medicaid from an entitlement to a block grant, and privatizing Medicare—making essential changes is virtually impossible.

We need to fight to retain what we have. But as we do so, let’s not forget that the system also needs substantial improvement.

Kerri Tavzel, LCSW, is the Coordinator of the Elder Abuse Prevention Program at Family Services of Westchester. Prior to starting this program in 2013 she has worked with older adults for over 20 years including in a nursing home, adult day program, started a social day program for older adults with dementia and seeing older adults in the mental health clinic. She is active in the local and state elder abuse coalition and the geriatric mental health coalition. 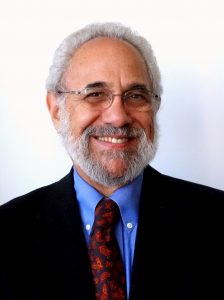 Michael B. Friedman, MSW, worked as a mental health practitioner, administrator, government official (Deputy Commissioner of the NYS OMH), and advocate for over 40 years before retiring in July of 2010.  At that time he was Director of The Center for Policy and Advocacy of the Mental Health Association of NYC, a center that he founded in 2003. In that role he also co-founded the Geriatric Mental Health Alliance of New York and, most recently, the Veterans’ Mental Health Coalition of NYC. Over the years he has served on numerous planning and advocacy groups at the federal, state, and local level. He is currently Chair of the Geriatric Mental Health Alliance.

His writings are available at www.michaelbfriedman.com

Michael is also a semi-professional jazz pianist and photographer (http://photography.michaelbfriedman.com).