Edith+Eddie: A Story of Love and Loss 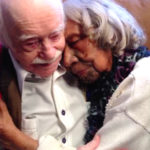 The 2017 Oscar-nominated documentary Edith+Eddie tells the story of Edith Hill and Eddie Harrison, who marry in their mid-90s and become known online as “America’s oldest interracial couple”.

More than an inspiring love story, theirs also is a cautionary and heart-breaking tale about the state of elder justice and guardianship in the US as Hill’s daughters battle over her care and the wishes of the couple to remain together.

The 29-minute film, which premiered last year and was directed by journalist-turned-filmmaker Laura Checkoway, was nominated for best Documentary Short Subject at this year’s Academy Awards. It has won numerous film festival awards and the International Documentary Association Award for Best Short. After learning about the story, Cher reached out to help the couple and later became an executive producer of the film. 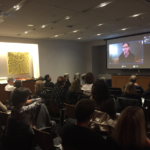 In February 2018, Weill Cornell Medicine’s NYC Elder Abuse Center and Liz Claiborne Center for Humanism in Medicine hosted a screening of this film to shine a light on the guardianship abuse issues present in the film. The screening included a discussion at the end with the filmmaker and 50 attendees representing diverse professional backgrounds spanning social services, medicine, law enforcement, and many others.

We are thrilled to have been able to capture Checkoway’s thoughts on filming Edith+Eddie and what we can learn from their story.

We understand that a photograph first introduced you to Edith and Eddie. What interested you about it?

A friend texted a photo of the couple that circulated online after they got married at ages 95 and 96. I kept looking at it and wanted to know more about them and what it was like to fall in love at that time in life.

Was it difficult to watch what was happening without getting emotional or involved?

Yes, our hearts were aching. One of the dynamics that we balance is that we’re present in these moments of peoples’ lives to do the work and at the same time we also really care about the people [with whom] we’re making the film.

Are there any notable moments cut from the film that you would like to share? Any you wish you could have kept?

A few moments that come to mind are: Edith introducing Eddie to people at church with so much pride and delight. “You know he’s my husband!” she said, beaming. Another is Edith singing “Will The Circle Be Unbroken” to Eddie at breakfast. She tells him about somebody [who] passed away.

Race seemed to be the least important issue in this film, despite their being the oldest interracial couple in a country that struggles with it more than ever. What are your thoughts on that?

As Eddie explains in the film, “It’s not the color of the skin but the heart — that’s what we decided …” It was beautiful to see Edith and Eddie together after living through almost 100 years of history in Virginia. Eddie said that they were like Mildred and Richard Loving, who were also based in Virginia and fighting to stay together. In 1967, the Lovings won their case in Supreme Court to make interracial marriage legal.

What were some of your challenges in filming their story?

Witnessing Edith and Eddie’s wishes and human rights be disregarded is what stands out most.

How did Edith and Eddie’s families react to the film?

Family members who were taking care of Edith and Eddie and in their lives while we were shooting love the film. They recognize how it can help other families and make an impact toward elder justice. It was especially meaningful to have Edith’s sister Edna, daughter Rebecca, granddaughter Robin, and other loved ones attend a screening at the American Film Institute’s [documentary] film festival last summer. Some of the family members [who] took Edith away from her home…and [also] did not participate in the film will see it through their own lens. Like so many families, there’s a complicated back story, and hopefully all conversations about Edith and Eddie will help promote awareness and an ongoing discussion of these issues.

How did the actress and singer Cher get involved with this film?

Cher saw a news clip of Edith and Eddie on TV, and, when she saw that their marriage was being threatened, she wanted to help. She got involved behind the scenes and hired an attorney to represent Edith and her daughter Rebecca in their fight to keep the couple together and then to bring Edith home. She later became an executive producer of the film.

How has it changed your attitudes about aging?

It deepens my appreciation for the freedom to make choices about our lives. When I began making this film, the legal guardianship system and its complexities weren’t on my radar. I’ve learned how urgently that system is in need of reform and how people who are appointed to protect other people sometimes wind up exploiting them.

What do you think their relationship demonstrates about the quality of life and importance of companionship in our later years?

It says so much about finding love at any age and having the right to live according to our own wishes. Their love sparked an awakening in them and they were enjoying their time together. It made people smile everywhere they went.

At a screening at USC’s [Davis] School of Gerontology, Professor Kathleen Wilber spoke eloquently about the film: “Not every love story ends with ‘and they lived happily ever after,’ but we were all desperately wishing that this one would. I hope Edith and Eddie and the film’s legacy is that it will enlighten and educate our aging society that the freedom to love and be with the person you love is important at any age.”

It’s amazing that the film was nominated for Best Documentary Short Subject at the 90th Academy Awards. What has this experience been like for you?

It is incredible. We are very thankful for this recent bright spotlight and believe it’s still the beginning of the impact that this film can make.

A link to the documentary directed by Laura Checkoway can be found here: https://streamingmoviesright.com/us/movie/editheddie

What ideas do you have for utilizing this Academy Award nominated film in elder abuse awareness building in your community? Please share your thoughts in the comments section below. We look forward to hearing from you.

4 Responses to Edith+Eddie: A Story of Love and Loss