The Brandl-Crockett Alliance: Combining Forces to Advocate for Older Women

An intergenerational pairing creates a powerful collaboration in the fight for justice for older women.

Call it a May-October match made, quite possibly, in heaven. Bonnie Brandl and Cailin Crockett, leaders in the cause to end violence and abuse against older women, may be an unlikely intergenerational pairing, but in fact they are a powerful combination whose collaboration has enriched the field of elder justice. 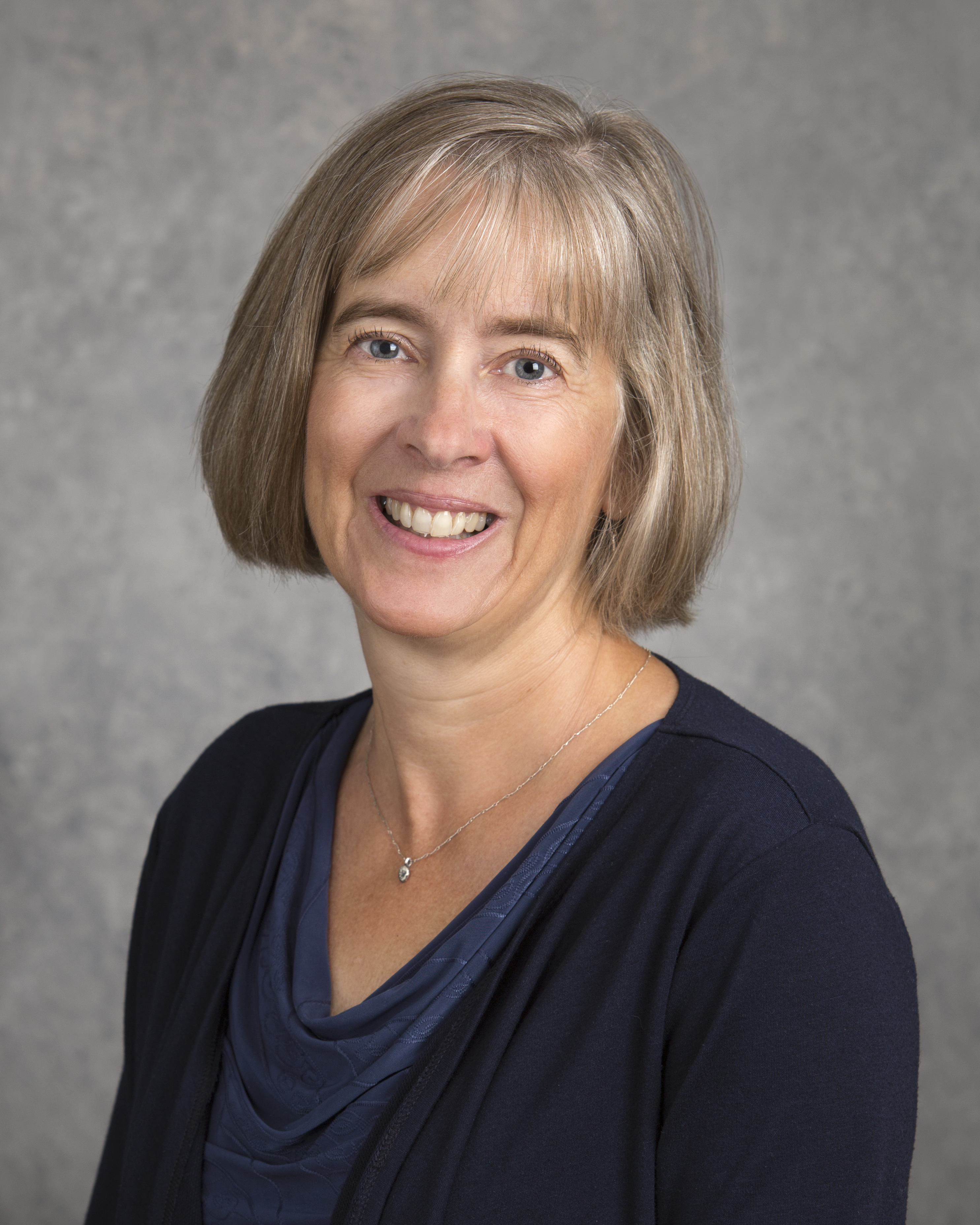 Bonnie, age 56, is an advocate and social worker, is a pioneer who has worked at End Domestic Abuse Wisconsin for 25 years – since Cailin was in preschool. She is the founder and director of NCALL, the National Clearinghouse on Abuse in Later Life and the author of numerous publications in the field.  Just this past June, NCALL and the Office on Violence Against Women published her comprehensive 42-page report, “Working with Older Survivors of Abuse: A Framework for Advocates.”

Cailin, who earned a summa cum laude degree from UCLA and an MPhil from Oxford, is a supernova in the making. At age 28, she has already worked as a Policy Specialist for the first White House Advisor on Violence against Women in Vice President Biden’s office; been a Presidential Management Fellow at the US Dept. of Health and Human Services (HHS); and currently wears two hats, as Special Assistant for Gender Policy and Elder Rights at HHS and as a Gender Specialist on loan from HHS to advise on aging  for the United Nations Development Program. In May 2016, the World Bank and other funders published a 33-page “Brief on Violence against Older Women,” for which Cailin was the lead writer. The document is a chapter in the Bank’s online “Violence Against Women and Girls Resource Guide.”

Both publications are aimed at advocates and providers, Bonnie’s nationally and Cailin’s internationally in the developing world. Both are resource-rich, with links to video, print, and online support services and information.

These two champions for older women’s rights formed an instant friendship two years ago that has since blossomed into a fruitful collaborative relationship. They first met over the phone when Cailin, upon entering the field, was given Bonnie’s name as a sine qua non resource for her work. They bonded when it emerged that each had personally been close to older women who were survivors of domestic violence– in Cailin’s case, her grandmother. Since that first call, they have been co-authors, organized several events together at the Department of Justice and the White House, and have been each other’s advocate and sounding board.  As Cailin put it, “We are constantly in touch with each other, to keep each other posted on new ideas and developments and to get each other’s thoughts.”

It’s a coincidence that their most recent resource guides were both published in Spring 2016. Bonnie says she spent about two and half years planning and writing her guide, which was inspired by the 2014 publication of the Elder Justice Roadmap, a massive collaborative undertaking under the auspices of the US Department of Justice. Bonnie was part of the team that produced this first framework for tackling the highest-priority challenges in elder abuse prevention and prosecution. She kicked off her spinoff project with a roundtable that included Cailin. “If I’m really honest,” Bonnie says, “I’ve been planning this guide for 25 years, though there was no way I could have written it even five years ago because I’ve met so many older survivors, advocates and other experts who’ve helped me during this period. It’s really an effort by the field for the field.”

Bonnie’s guide is aimed at community-based domestic violence and sexual violence advocates who are often running local nonprofits and providing direct victim services. The objective is to help them better tailor their services to meet victims’ needs. She is currently working on a set of companion training modules and a workbook. “I realize that with 24 hours in a day, it’s hard for advocates to find the time to read and work through all this, but with the baby boom generation entering their older years, the need will be great.”

Cailin’s publication for the World Bank complements Bonnie’s in that it targets practitioners internationally, rather than domestically, and is aimed at raising awareness of women survivors beyond reproductive age (50 and above), an age group she believes is often overlooked by policy makers, funders, and providers in the domestic and sexual violence fields in the US and globally. “Older women are often the backbone of a community,” she says, pointing out that “old” is defined differently across cultures.  “My goal is to continue to raise visibility so that the conversations about women and girls, including violence and abuse, have a lifespan approach.”

“Bonnie has been a guiding light for me,” Cailin says. “She inspired me to think about the connections that can be made between groups that should be working together but aren’t. Bonnie lit a fire under me to pursue research alongside my policy work, starting with writing our first co-authored journal article, “Survivors in the Margins:  The Invisibility of Violence Against Older Women ;“ from there, I co-wrote another article, “Gender-based Violence and HIV Across the Life Course: Adopting a Sexual Rights Framework to Include Older Women,” which is on violence against older women, this time from a global lens, and that research helped lead to the World Bank Group’s ‘Brief on Violence against Older Women.’ Not only did I seek Bonnie’s counsel on  the brief—in a particular section on guidelines for working with older survivors—I also cited as a resource her guide on power and control in abuse in later life. Just recently we teamed up to provide joint comment on new guidelines for healthcare providers, and we have plans to begin work on another journal article this fall.”

In June, the inaugural United State of Women Summit, hosted by the White House in Washington, DC, brought together thousands of women and girls from across the country, and featured thought leaders and advocates working to improve women’s ability to effect change. One of them was Bonnie, who spoke in the seminar, “From the Margins to the Center: Solutions to Stopping Violence in All Communities,” as a representative for older victims – a subgroup included on the agenda with the support of Carrie Bettinger-Lopez, White House Advisor on Violence against Women. As an extension of her role at HHS, Cailin also serve as a part of the Violence against Women Team in the Vice President’s Office, aiding the White House Advisor in bringing greater attention to older survivors. 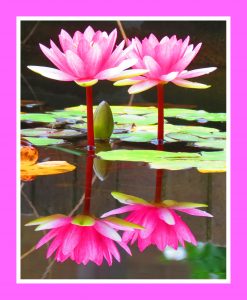 “Cailin and I complement each other very well,” says Bonnie. “I have frontline experience, she has DC and UN experience and is more political. Our very common bond is our work ethic and our passion for this work. Plus,” she laughs, “she has the energy of youth and a better memory.”

Bonnie continues that with most of her career behind her, she finds herself refocusing her goals back to where she started: trying to figure out how to give advocates the tools they need to better meet the needs of older victims. “I’ve worked on national policy and created training curricula and videos for law enforcement officers and prosecutors with funding from the Justice Department, but now at this stage I’ve come back to service providers and our framework for empowerment – in an effort to achieve results that are concrete and measurable.”

As for Cailin, who is just beginning her career, “It’s bittersweet to work in an area that hasn’t been getting a lot of attention,” she says, “but it’s incredibly rewarding to put aging on the international development and women and girls agendas. It’s sad that it’s 2016 and we’re just starting to have these conversations, but so meaningful to fight for the underdog within a larger fight for the underdog.”

By Marilyn Harris
Marilyn Harris is an independent writer and editor specializing in business, technology, legal, and social issues.