Breaking Elder Justice News from the White House on June 14, 2012 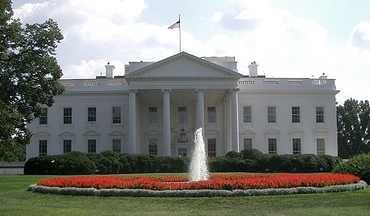 America is aging. Every day, 10,000 people in the United States celebrate their 65th birthday. Between 2010 and 2030, the number of Americans 65 and older will nearly double, and the number of those 85 and older is on pace to grow more than 400% by 2050. Our senior citizens have contributed so much to our nation. We owe it to them to make sure they can live out their later years in peace, comfort and safety.
That starts with doing a better job of protecting them from physical, mental and financial abuse. Each year, an estimated one in ten older Americans experiences some kind of abuse. Sometimes, it’s an elderly woman left tied in her chair while her “caregiver” goes out. Sometimes, it’s an aging parent who’s bullied by a violent child. Other times, it’s an older couple intimidated into turning over their life’s savings to a crooked financial adviser.

This abuse is distressingly common. Yet it often goes undiscussed, and only an estimated one in 24 cases is ever reported to authorities.

As our population ages, we need a new commitment to fighting elder abuse.

That starts with making it part of the national conversation. Elder abuse has been able to flourish because witnesses too often fail to step in. Sometimes we simply don’t recognize abuse, like when we assume an elderly friend gave his money away voluntarily. In other cases, we know what’s happening is wrong but hesitate to speak out.

Those attitudes need to change. As a society, we need to be on the alert for elder abuse. And when we see it, we need to act.

We also need to make sure that we have supports in place for victims of elder abuse. For example, programs that address domestic violence often aren’t designed with seniors’ needs in mind. What a young victim of domestic violence might need most is money that allows her to move out of a violent household. For a frail senior who can’t live alone, a different response is needed.

Over the past three years, the Obama administration has put a new focus on protecting America’s seniors. We created a new national resource center that serves as a one-stop shop for state officials who want to build more effective programs to prevent elder abuse. And we established an Office for Older Americans in the new Consumer Financial Protection Bureau that provides seniors and their caregivers with simple guidance on how to protect against identify theft, choose a reputable financial adviser and get help if they think they’ve been scammed.

But more action is needed. That’s why on Thursday, we’re announcing new funding under the Affordable Care Act that will help address our deficit of solid research on how to stop elder abuse by helping states test promising new approaches. For example, a state might study the effects of training caregivers to recognize and report abuse.

In addition, we’ll be convening a first-of-its-kind, high-level federal council that will help coordinate previously disconnected elder abuse initiatives across the federal government and determine what further actions are necessary to better protect our senior citizens.

But government can’t do this alone. Each of us can play a role in helping prevent elder abuse. Take an interest in your elderly neighbors; listen to what your grandparent is saying; if you notice a bruise on your great-aunt’s face, ask where it came from. And if you suspect an elderly person is being abused, contact your state’s adult protective services agency or call 911 if he’s in immediate danger.

Each year, millions of elderly Americans are assaulted, demeaned, intimidated, left without adequate food or robbed of their life savings, often by the people they trust most. These are our parents, grandparents, siblings, spouses, neighbors and friends. They’ve already given so much to us and to our country. Now we need to step up and help them.

Kathleen Sebelius is secretary of Health and Human Services.

3 Responses to Breaking Elder Justice News from the White House on June 14, 2012