We are delighted to announce the seventh anniversary of NYCEAC’s Elder Justice Dispatch Blog! As part of our annual tradition, we provide a summary of some of our “most read”  blogs from the past year and provide links to them for further reading. This year’s anniversary edition features six blogs from July 2018 through June 2019 covering a wide range of elder justice issues — from New York’s guardianship system to the work of elder justice advocates.

As part of our efforts to encourage innovative programs aimed at preventing elder abuse, this blog highlights a groundbreaking program based on the model for domestic violence offenders. Stop Elder Abuse and Mistreatment (SEAM) at Lifespan of Greater Rochester works to prevent the cycle of elder abuse violence through the intervention and rehabilitation of elder abuse perpetrators. It aims to change their behavior, beliefs, and attitudes while helping offenders increase their knowledge of elder abuse and accept personal responsibility for their actions. We explain how the program operates as a “third alternative” and hear from facilitator, Jennie Militello, about how SEAM helps meet the needs of abuse elders while trying to prevent future mistreatment. 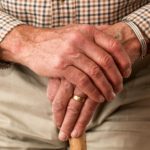 No Time to Lose: Ideas for Improving Guardianship in NYS (November 27, 2018)

We couldn’t help but be moved by the New York Times story of Phyllis Funke, a 77-year-old New Yorker whose personal crisis precipitated her guardianship amid calls statewide for a major overhaul of the state’s guardianship system. Despite changes to Article 81 of the Mental Hygiene Law to provide a more flexible, individualized approach to guardianship, we look at how problems continue to plague the system from a lack of resources to outdated data. We also discuss the February 2018 podcast Guardians of New York and touch on ideas generated at a New York Senate roundtable discussion to address issues such as a shortage of guardians and the need for more service providers and funding agencies. 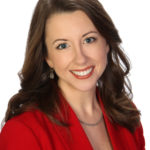 Elder financial exploitation frequently occurs with other forms of elder mistreatment, like physical abuse and neglect. Shortly after she was named a finalist for the 2019 ATHENA Young Professional Award, we profiled Karen Webber of Webber CPA, PLLC, one of the nation’s leading forensic accountantsin the elder justice field. This blog discusses the role of forensic accounting in helping to investigate financial abuse and protect elder victims as well as Webber’s accomplishments in educating law enforcement and adult protective agencies about the intersection of forensic accounting and elder justice. 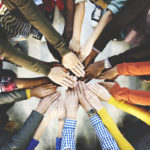 April was National Volunteer Month, and this blog honors eight inspiring volunteer organizations who advance elder justice nationwide. We explain the importance of volunteerism in filling community gaps, countering ageism and transforming lives, among other important accomplishments. We also highlight the work of volunteer-based organizations such as the Center for Advocacy for the Rights & Interests of the Elderly (CARIE), DOROT, and the Elder Rights Center of Excellence, all of whom create partnerships and initiatives to support, empower, educate, and protect older adults.

Learnings from the “Soft Launch” of the Elder Abuse Helpline for Concerned Persons (May 15, 2019)

In this blog, we take a look at the first-of-its-kind Elder Abuse Helpline for Concerned Persons, a pilot program launched by the New York City Elder Abuse Center (NYCEAC) to meet the complex and often unrecognized needs ofnon-abusing family members, friends and neighbors who assistelder abuse victims. A non-emergency phone and email-based service, it provides supportive counseling, information and timely referrals and was inspired by national research that showed these concerned persons experience significant distress around issues of elder abuse. This blog outlines those findings and explains the program. 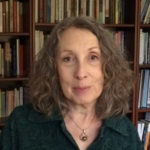 As World Elder Abuse Awareness Day approached, we spoke with Lisa Nerenberg, executive director of the California Elder Justice Coalition (CEJC), about her new book, Elder Justice, Ageism and Elder Abuse, which offers a roadmap for promoting individual rights and social justice in aging policy and programs. In this blog, Nerenberg explains how she wanted to go beyond the limited focus of the Elder Justice Act and apply the lens of social justice and human rights more broadly to aging policy and practice—an approach she calls “elder justice writ large.” Our wide-ranging Q&A touches on subjects ranging from the intersectionality of age and “isms” such as sexism and racism to the core principles of elder justice and her agenda for moving forward.

Let us know which blog was your favorite in the comments below.