“Bernie”: Does Hollywood Do Justice to Elder Abuse?

By Jackie Santo and Ariana Wolk 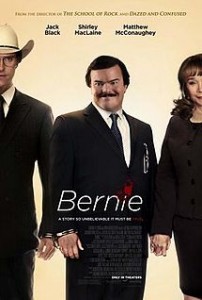 Richard Linklater’s Bernie is a shocking true story of elder abuse and murder in the small town of Carthage, Texas.  Told through the perspective of the community, the film focuses on the unlikely relationship between the young, eponymous Bernie Tiede, and Marjorie Nugent, a millionaire in her eighties.  Linklater’s self-described Southern Fargo uses dark humor to explore how attitudes towards the elderly can affect the sympathies and judgment of a community tasked with bringing justice to the victim of a heinous crime.  Based on a 1998 article from Texas Monthly by Skip Hollandsworth, who also co-wrote the movie, Bernie stars Jack Black, Shirley MacLaine, and Matthew McConaughey.

Bernie Tiede, a young mortician, was beloved in Carthage for his kind nature and involvement in the community.  The town was surprised when sweet Bernie became a close companion to the wealthy widow Marjorie Nugent, who was notoriously cold hearted and tight with her fortune.  Estranged from her family, Marjorie trusted her rumored paramour with full access to her bank accounts, which he spent regularly and magnanimously on gifts for others in the community.  After a few years, however, their relationship became too suffocating for Bernie, and in what the movie portrayed as a moment of frustrated despair, he shot Mrs. Nugent four times in the back and threw her body in the garage freezer.  Her body remained there, undiscovered, for nine months, during which time Bernie generously spent $600,000 of Marjorie’s great wealth on donations and investments throughout the community.  After he was arrested and confessed to everything, the town of Carthage was thrown into a state of denial, where few could believe what Bernie had done and others could not blame him. 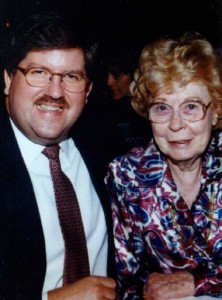 Bernie brings to light some of the social and legal challenges of convicting abusers. Bernie breezed through explanations about Marjorie’s extended absence thanks, in part, to ageism.  Mrs. Nugent’s controlling and demanding personality did not excuse abuse or justify her murder. In all of Carthage, Texas, District Attorney Danny “Buck” Davidson seemed to be the only person in town who saw through Bernie’s smile and seemingly prodigious charitable acts.  In the end, Danny “Buck” got his conviction by moving the trial out of Carthage, a town captivated by Bernie’s charm.  Today, Bernie is serving a life sentence in prison.

It seems absolutely astounding that Bernie received sympathy from a large percentage of the Carthage following his arrest. Justice was served in Bernie’s case, but his story exposes some of the more frequent obstacles for prosecutors seeking justice for elder abuse victims. In response to these challenges, the US Department of Justice funded the National Center for State Courts to write the guide, Prosecuting Elder Abuse Cases: Basic Tools and Strategies.

We – Jackie Santo and Ariana Wolk   – were summer interns in 2012 with The Risk and Resiliency Project at Weill Cornell Medical College’s Division of Geriatrics and Gerontology. The internship was specifically designed to educate undergraduate students about the positive side of aging as well as abuse that can occur in later life.

As part of Dr. Karl Pillemer’s The Legacy Project, we devoted many hours interviewing older adults and learning about the lessons and wisdom they have accumulated over the course of their lives. We heard stories of success, romance, and painful and emotional difficulties. (Our work focusing on resiliency is described on The Legacy Project’s website.)  Connecting with older people motivated us to care about the safety and security of this inspiring group of individuals.

We also had the opportunity to work with the NYC Elder Abuse Center (NYCEAC) and learn about elder abuse from many angles, including legal action. We attended trainings and case conferences that highlighted the possible criminality of abuse, neglect, and financial exploitation cases, all three of which Ms. Nugent unfortunately fell victim to during and after her life. As part of our work with NYCEAC, we decided to blog about Bernie, as it is our desire to use it to stimulate conversation about ageism, elder abuse and elder justice.

Did you see Bernie? We’d love to hear your perspective! Please send your comments using the space below.

8 Responses to “Bernie”: Does Hollywood Do Justice to Elder Abuse?