Part One of a Case Study Featuring an Older Woman with Health Concerns and Unexplained Injuries – How Would You Respond? 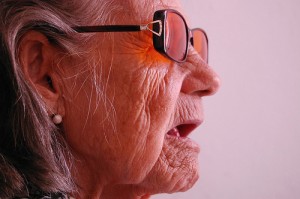 The following case example adapts a case that was presented to one of the NYC Elder Abuse Center’s Multidisciplinary Teams. (Identifying information and case facts have been revised to protect confidentiality.)

As you think about this case and draw from your professional background, consider what you would you do if Ms. Mar was your client. What types of elder abuse could she be experiencing? What interventions/services might be helpful to the family system?

Ms. Mar is 90 years old and diagnosed with vision impairment, a history of hip fractures from multiple falls and struggles to manage her other chronic illnesses.

Ms. Mar lives with her 85 year-old husband who has a dementia diagnosis. The couple never had their own children; however, their niece, Julia, an accountant, lives close by and manages their finances. A privately paid home health attendant lives in, providing care to Mr. and Ms. Mar every day and night with no back-up help.

When Ms. Mar’s case was heard by the Multidisciplinary Team, she was still hospitalized and recuperating from a recent surgery to repair injuries from yet another fall. At about this time the hospital discharge planner was making arrangements for Ms. Mar to be discharged to a local nursing home where she could receive rehabilitative services. Julia became quite angry with the hospital staff when she learned that her aunt was not being discharged home.

Ms. Mar’s doctor had been concerned that Ms. Mar’s injuries did not match her story that she tripped on the living room rug and that Ms. Mar had numerous falls in the recent past. But Julia’s demeanor was the red flag that brought him to refer the case to a local elder abuse program. In addition, the hospital called in a report to Adult Protective Services (APS) regarding Mr. Mar for an assessment of his home care needs while his wife was hospitalized.

The elder abuse program social worker called Julia who stated she only knew about one other falling incident that her aunt had awhile back, adding that the aide reported it to her immediately after it happened. The aide had said that there were no injuries resulting from that fall although Julia admitted that she did not go over to see for herself if her aunt was okay. The social worker thought that Julia’s responses seemed disengaged, especially given that she was unaware of some of her aunt’s falls and did not appear concerned.

APS investigated and found that the aide was quite attentive to Mr. Mar and he appeared well cared for, there was adequate food in the house and the home was clean. But the APS worker thought if Ms. Mar were to be discharged home that it would be inappropriate for one aide to care for both Mr. and Ms. Mar. Mr. Mar seemed pleasant but was unable to participate meaningfully in the conversation. The APS worker asked the aide how Ms. Mar fell and she claimed she fell in the kitchen.

The elder abuse program social worker and the APS caseworker presented Ms. Mar’s case to the Multidisciplinary Team. Using your professional expertise to consider this case, what questions would you have for the social worker? The APS worker? What recommendations do you have for further assessment? What suggestions would you make to help secure Ms. Mar’s safety? What other thoughts and concerns are on your mind as you reflect on this case? Please type your comments in the section directly below this post.

This is part one of a two part blog series; click here to read the second part, which provides you with information about the next steps that were taken in this case.

2 Responses to Part One of a Case Study Featuring an Older Woman with Health Concerns and Unexplained Injuries – How Would You Respond?