Every year on June 15, WEAAD is dedicated to raising awareness about the millions of older adults who experience elder abuse, neglect, and financial exploitation in the United States and around the world. Launched in 2006 by the International Network for the Prevention of Elder Abuse and the World Health Organization at the United Nations, WEAAD represents a call-to-action seeking to highlight the cultural, social, economic and demographic factors affecting elder mistreatment while acknowledging its significance as a public health and human rights issue.

All older Americans are entitled to all the same dignity, rights, justice, and security as anyone else, at any age. Thank you to all of you on the frontlines (many of whom work together across agencies and organizations) who help shine a light on and work to combat elder abuse and injustice—not just on WEAAD but every day of the year. 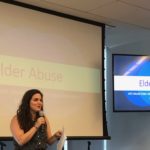 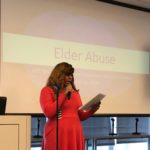 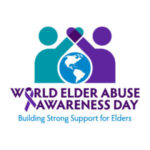 The University of Southern California (USC) Center on Elder Mistreatment hosts a microsite for WEAAD that includes a range of resources to raise awareness and encourage people to take action. It includes tools and tips, events, news, a social media guide, among other links. 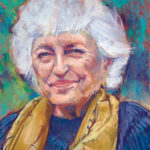 A WEAAD Virtual Art Gallery, sponsored by The Elder Justice Roadmap Steering Committee, continues to promote the Roadmap for Elder Justice and its Education on The Road to Elder Justice mission as well as highlighting the role of public awareness in preventing and addressing elder abuse. The gallery, now closed to submissions, features work that provides an artistic representation of the aging process with one or all of the following themes: equality and justice, respect, empowerment, connections, engagement, community, healing, hope and happiness.

The National Center on Elder Abuse collaborated with ACL, DOJ EIJ, CFPB, SSA and the SEC to produce a WEAAD 2019 webinar, “Stronger Together: Elder Justice Tools for WEAAD and Beyond,” which featured the premiere of a new draft video series, “Lifting Up the Voices of Older Survivors.” The collection of video clips, created with Terra Nova Films, is part of an effort to unify the fields of elder justice and violence against women. The collection of video clips features the lived experiences and resiliency of a number of older survivors of domestic and sexual violence, stalking, and financial exploitation. 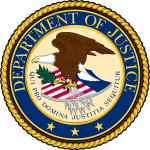 A View from the Bench WEAAD Round Table

The US Department of Justice, through its Elder Justice Initiative and Office on Violence Against Women (OVAW), hosted “A View from the Bench,” a roundtable discussion with judges nationwide who shared their views and experiences presiding over elder abuse or financial exploitation cases. The roundtable to commemorate WEAAD was moderated by Katherine Sullivan, OVAW’s acting director.

Officials from major banks met with US Attorney General Barr and leadership of the newly formed Transnational Elder Justice Strike Force to discuss the growing problem of elder fraud in honor of WEAAD. 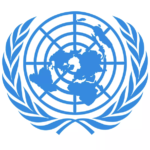 “Access to Justice: Legal, Social and Economic Services for Older Victims of Sexual, Physical and Financial Crimes” was the theme of a special WEAAD event at the United Nations in New York. The event, organized by the International Network for the Prevention of Elder Abuse (INPEA) and the NGO Committee on Aging, featured a panel discussion moderated by INPEA President Susan Somers.

A 90-minute webinar on “Understanding the Dynamics of Abuse in Later Life in the LGBT and Latino Communities” was held by the National Resource Center on Domestic Violence. The discussion covered dynamics specific to elder abuse survivors in these communities, with an emphasis on barriers to services as well as promising practices.

The National Clearinghouse on Abuse in Later Life (NCALL), National Council of Juvenile and Family Court Judges, and the DOJ Office of Violence Against Women held a 60-minute webinar to honor WEAAD. The event was aimed at enhancing an understanding of the unique barriers older survivors face when dealing with abuse and explored NCALL’s technical assistance and training opportunities. The webinar also provided resources available to assist service providers in providing effective services and supports to older survivors.

Tell us about the WEAAD events that happened in your organization or community in the comments below.